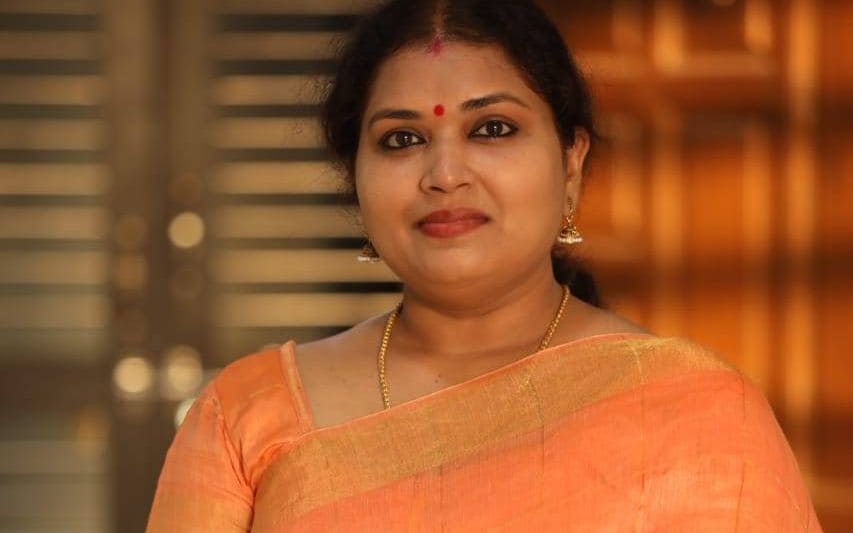 Thiruvananthapuram: Playback singer Sangeetha Sajith, who has sung around 200 songs in Malayalam, Tamil, Telugu and Kannada films, died on Sunday at her sister’s house. She was 46.

Sangeetha has been suffering from kidney-related ailments and was under treatment. However, her conditioned worsened and she died around 3:00 AM on Sunday.

She had expertise in Carnatic music and made her debut through Tamil film Naalaiya Theerp. Her song ‘Thanneerai Kathalikkum’ in the Tamil film Mr Romeo, composed by AR Rahman was a big hit. The songs in Malayalam films,‘Alare Govinda’ of Kakkuyil, ‘Ambilipoovattam’ in Enn Swantham Janakykutty and ‘Dhum Dhum Dhum Dhurayatho’ are some of her popular hits. She has done many stage shows too, both in India and abroad.

Her last song in Malayalam was the theme song of the movie Kuruthi.

During a rendition, former Tamil Nadu CM J Jayalalithaa had gifted her 10 sovereign gold chain she was wearing, as an honour.

The funeral is slated to happen at 3 PM today at Saanthi Kavadam crematorium, Thycaud. Her parents are in Kottayam but she settled in Chennai. Aparna is her daughter.

Los Angeles: Pop icon Madonna was shocked to receive a notification saying she had "violated community guidelines" when attempting to go live on Instagram ..

Chennai: Actor Dhanush and his father Kasthoori Raja has sent a legal notice to a Madurai-based couple who had claimed that the South superstar is their ..