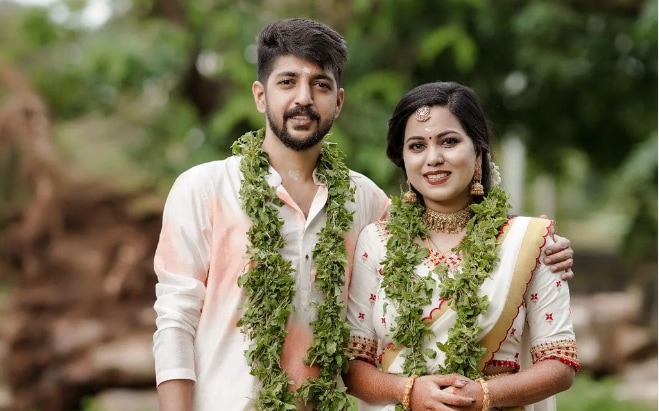 According to reports, Sangeeth and Sruthy were in a relationship for a long-time.

Sruthy is known for her performance in the web series of the popular YouTube channel ‘Karikku’. She was seen in a pivotal role in ‘Palthu Janwar’ starring Basil Joseph.

Basil took to his social media pages and extended greetings to the newlywed couple.

Pics and videos of the celebrity wedding have been trending on social media.