Here is a list of movies set for release, both theatrical and OTT in the month of November. 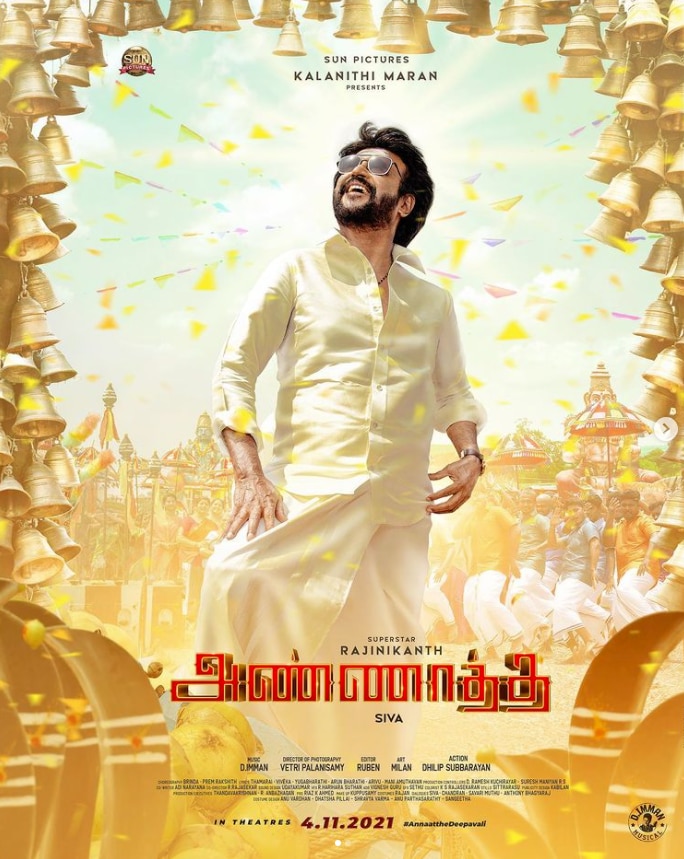 Annaatthe
Thalaivar fans have been waiting for this movie for a long time. Annaatthe, the much-anticipated Rajinikanth-starrer hit the big screens on Diwali, November 4. The movie is directed by Siva and is produced by Kalanithi Maran under the banner of Sun Pictures. The cast of the film includes Nayanthara, Jackie Shroff, Jagapathi Babu, Meena, Khushboo, Keerthy Suresh and Prakash Raj. The movie is packed with action and drama and desi Tamil songs. Rajinikanth plays the role of a village chief who works for the welfare of the people of his village and his family. 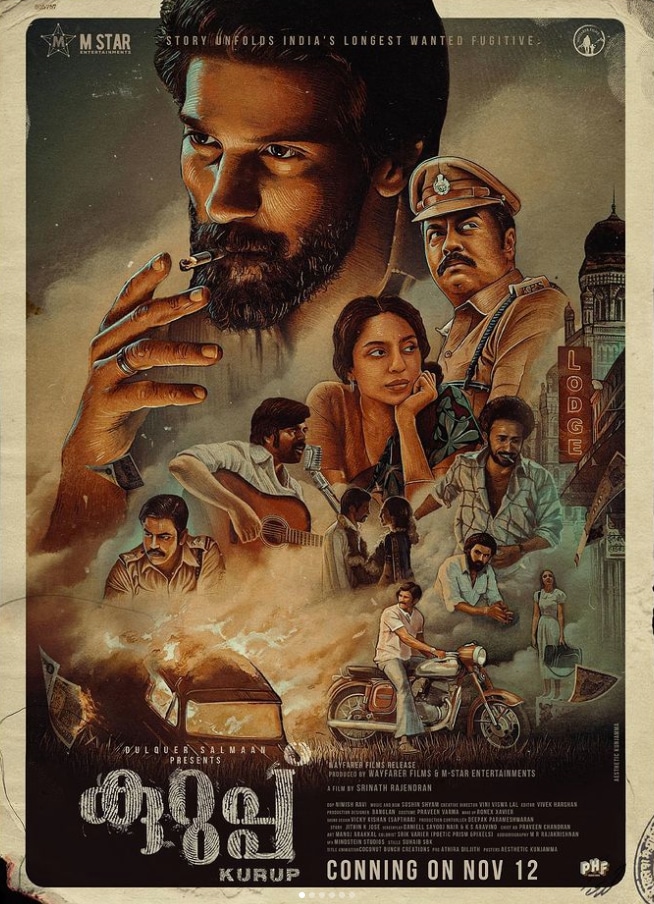 ‘Kurup’, is a biographical-crime thriller on Sukumara Kurup, a fugitive and one of the most-wanted criminals in Kerala. The movie is directed by Srinath Rajendran starring Dulquer Salmaan in a retro look that takes us back to the 80s. The movie is all set for theatrical release on November 12. Sobhita Dhulipala plays the female lead in the movie. Tovino Thomas, Shine Tom Chacko, Manoj Bajpayee, Suresh Oberoi, and Indrajith Sukumaran will be seen in pivotal roles. The movie is produced by Dulquer Salmaan under his production house banner ‘Wayfarer films’. Sushin Shyam is the music director. The screenplay is done by K.S. Aravind, Jithin K Jose and Daniell Sayooj Nair. Nimish Ravi is the cinematographer. 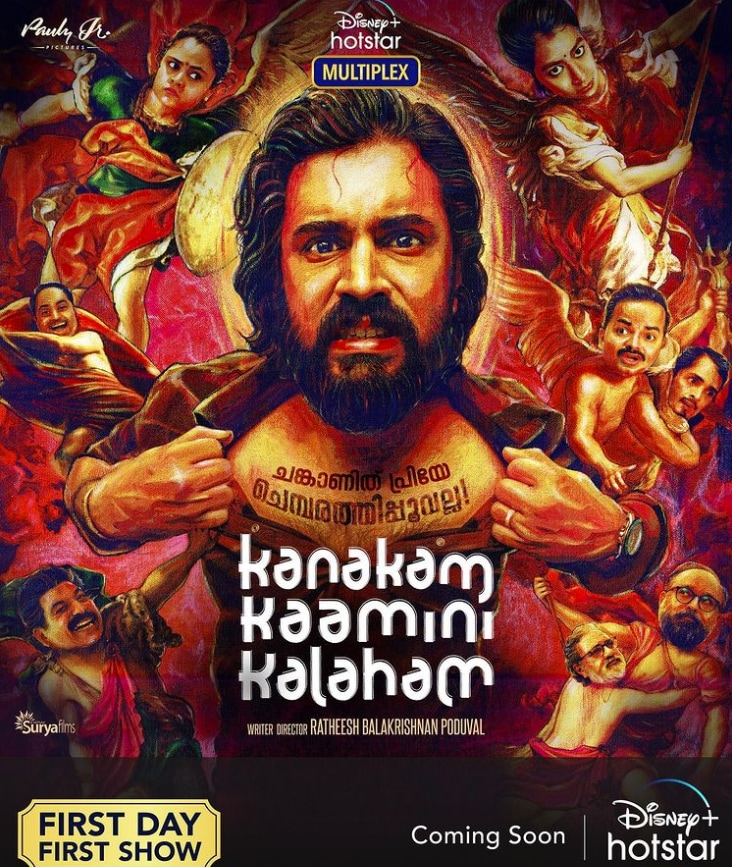 ‘Kanakam Kaamini Kalaham’ is a comedy-drama directed by Ratheesh Balakrishnan Poduval. Nivin Pauly and Grace Antony play the lead roles. The story revolves around a married couple on a vacation in a hotel. The trailer of the movie seems very promising and has left the audience waiting for the release because it’s been a while since comedy movies took the lead in the Malayalam movie industry. The film features Sudheesh, Jaffer Idukki, Joy Mathew, Sivadasan Kannur and Vinay Forrt, among many others. It is set for OTT release on Disney+ Hotstar on November 12. 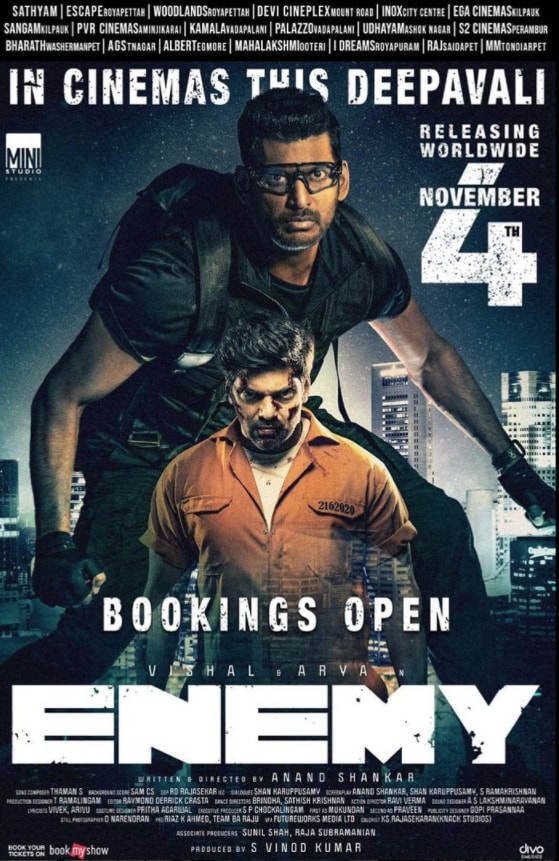 ‘Enemy’ starring Vishal and Arya in lead roles is an action drama flick. It is directed by Anand Shankar. Mamta Mohandas, Mrinalini Ravi and Prakash Raj will be seen playing pivotal roles. The film portrays the story of two friends who turn enemies in the course of life. Enemy is produced by Vinod Kumar under the banner of Mini Studios. The cinematography is handled by R. D. Rajasekhar. The movie is to be released theatrically on November 4. 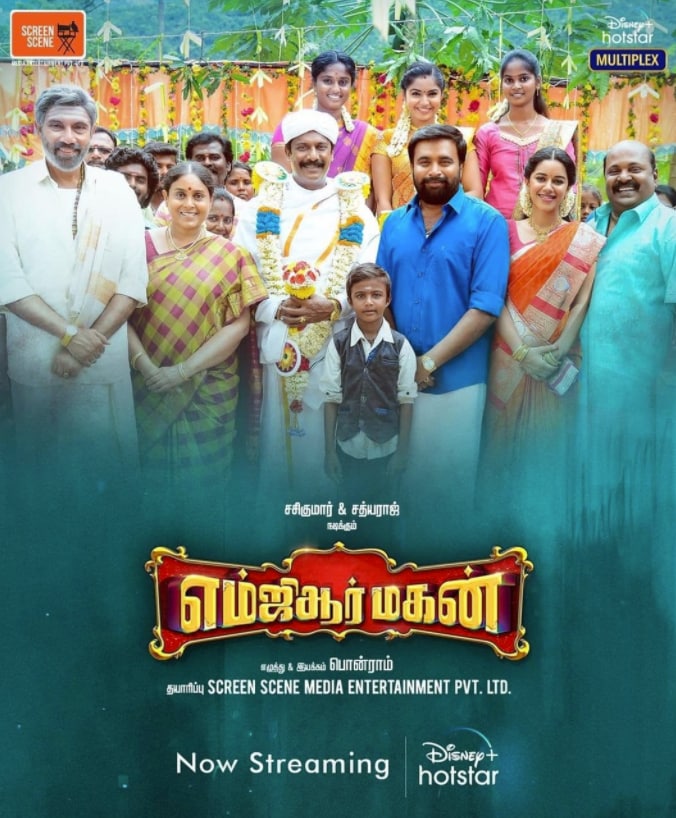 MGR Magan tells the story of a father-son relationship. It is written and directed by Ponram and is all set for an OTT release on Disney+ Hotstar on November 4. The film stars M. Sasikumar, Sathyaraj, Mirnalini, Samuthrakani, Saranya Ponvannan, Pala Karuppaiah, and many others. Anthony Daasan is the music director of the movie. The movie is produced by Siddharth Ravipati and Senthil Kumar. 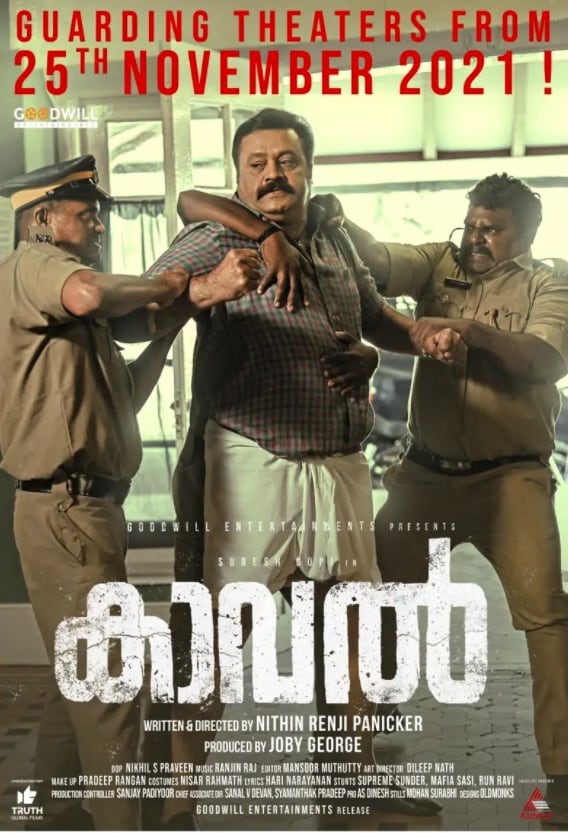 Kaaval is an upcoming action thriller starring the action superstar Suresh Gopi in the lead role. The film is written and directed by Nithin Renji Panicker and is produced by Joby George under the banner of Goodwill Entertainments. The initial release date was in 2020. The theatrical release of the movie is scheduled for November 25. Ranjin Raj is the Music director. Nikhil S. Praveen has handled the cinematography of the movie. Editing is being done by Mansoor Muthooty. Binu Pappu, Anaitha Nair, I M Vijayan, Renji Panicker, Alencier Ley Lopez and Lal will be seen handling roles in the movie. 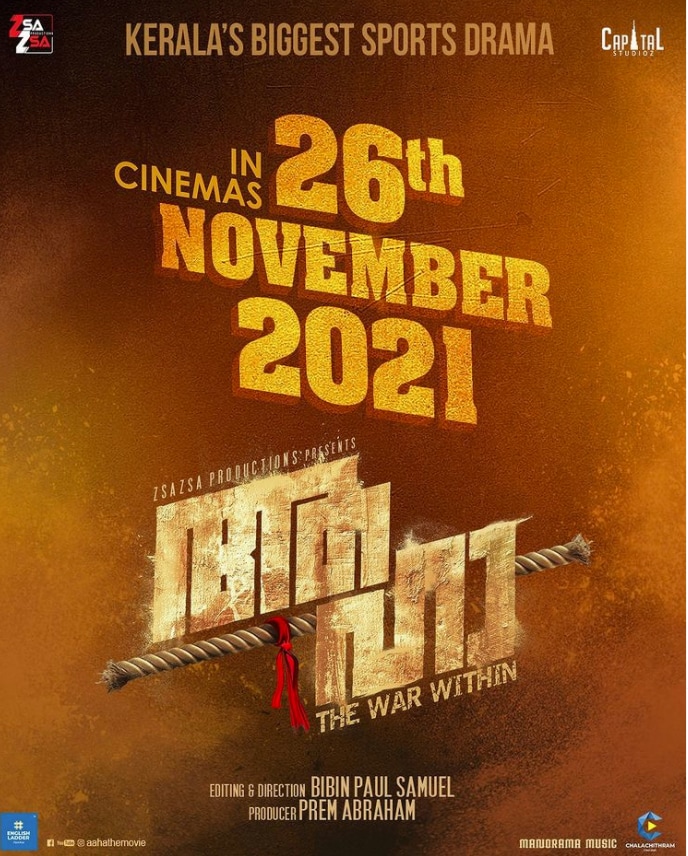 Aaha is a sports drama film revolving around the highly spirited game of Vadamvali. It stars Indrajith Sukumaran in the lead role. The movie is the directorial debut of Bibin Paul Samuel and is being produced by Prem Abraham under the banner Zsa Zsa Productions. It is set for theatrical release on November 26. Music is composed by Sayanora Philip and Shiyad Kabeer. Cinematography is handled by Rahul Balachandran. Amit Chakkalackal, Manoj K. Jayan and Santhy Balachandran will be seen playing lead roles in the movie. 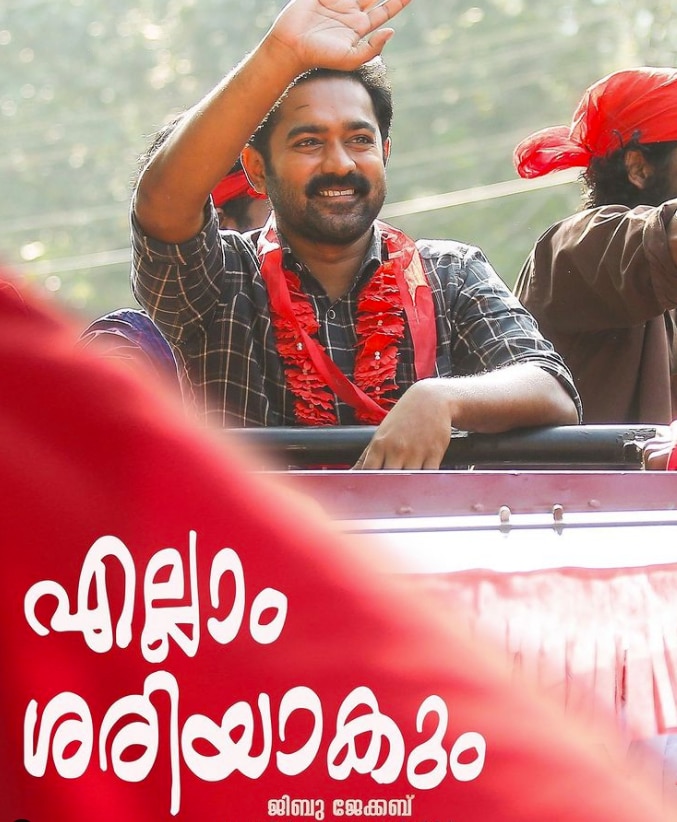 Ellam Sheriyakum starring Asif Ali in the main role is a political-drama comedy movie all set for theatrical release on November 19 and is directed by Jibu Jacob. Rajisha Vijayan, Tulasi Sivamani, Siddique, Kalabhavan Shajon, Kichu Tellus, Sethu Lakshmi, Balu Varghese, Johny Antony and Indrans are included in the cast of this movie. The movie is being produced by Thomas Thiruvalla and Dr Paul Varghese. Story, Screenplay, and Dialogues by Sharis Mohammed. Sreejith Nair is the Cinematographer. Music is composed by Ouseppachan.