The lawyer has also accused the movie of having used words and phrases outraging the modesty of women and children equally, leaving the viewers irritated and distressed. 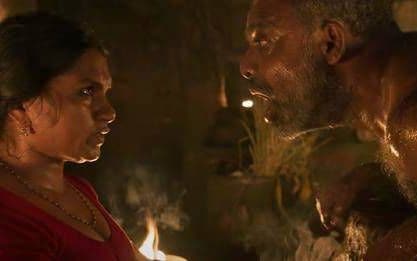 Kochi: The Kerala High Court admitted a writ petition and issued a notice against the filmmakers of the Malayalam movie 'Churuli' for excessive use of abusive and foul language. The movie was directed by Lijo Jose Pellissery and released on SonyLiv.

On Thursday, based on the petition, a portion of ‘Churuli’ movie was played in the courtroom and Justice N Nagaresh issued notice to the director, producers, Central Board of Film Certification, the Managing Director of Sony Pictures and lead actors of the movie and remarked that the dialogues used in the movie were 'atrocious in nature.’ HC also demanded a plea seeking its removal from OTT platforms.

"Even though the movie is capable of evoking a sense of curiosity and mystery in the minds of the audience, there is an overdose of foul language. It contains obscene and filthy language which are opposed to public morality and tranquillity", the plea had said.

The lawyer also accused the movie of having used words and phrases outraging the modesty of women and children equally, leaving the viewers irritated and distressed.

The petitioner has also highlighted that due to the shutdown of theatres and lockdown, families have been depending on OTT platforms for watching movies majorly. The movie is not suitable for families and children. "More than exposure to this type of filthy language and explicit content, children, especially teenagers, could emulate deviant behaviour," mentioned in the plea.

The petitioner has requested the court to investigate how the movie passed the CBFC certification despite being against the rules and regulations.

'Churuli', was released on SonyLIV on November 19th 2021. Soon after its release, the movie had gained social media attention through trolls and memes containing ‘obscene’ references featured in the movie.