Neetu Kapoor's emotional post for Rishi: 'End of our story' 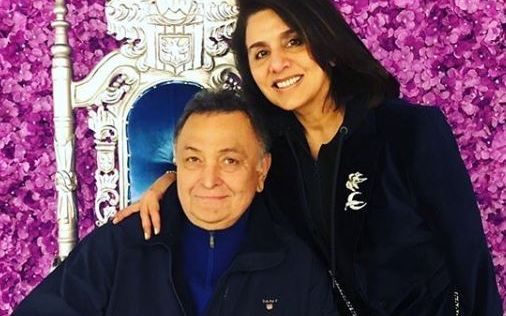 The actress shared a photo on Instagram where Rishi Kapoor can be seen sitting with a glass of Scotch whiskey.

"End of our story," she captioned the frame.

Sonu Sood commented: "It's a story that inspired many stories on this planet mam. Some stories never end, in fact, they will remain in our hearts forever. Rishi sir will always be a guiding angel."

Richa Chadha shared: "It is but a comma, not a full stop. He's right there, beside you, regaling you with stories, making you laugh, getting annoyed, finding the best restaurant...he lives through you and beside you. Don't lose heart. You are united in eternity. Big big hug."

Rishi Kapoor and Neetu Singh tied the knot on January 22, 1980. Before marriage, the duo have appeared in movies like "Kabhi Kabhie", "Khel Khel Mein", "Amar Akbar Anthony" and "Zehreela Insaan" among others.