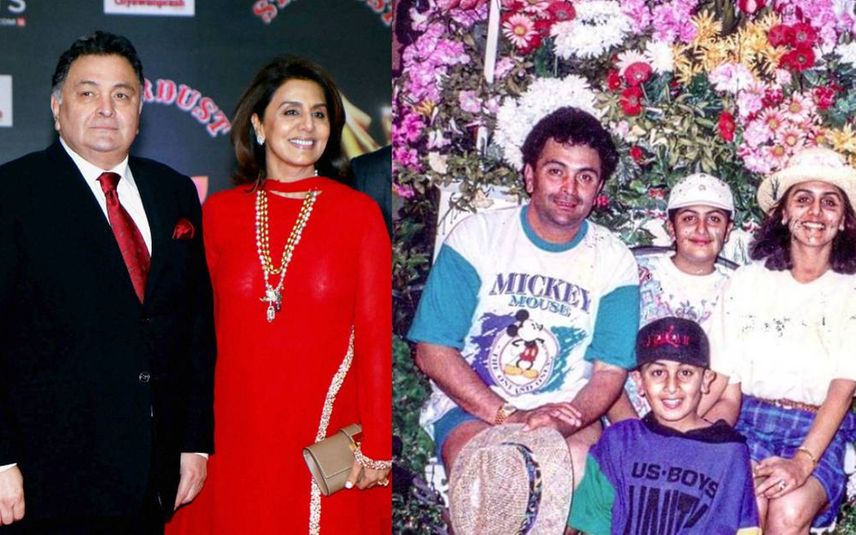 Taking to Instagram, Neetu shared a throwback picture which she captioned, "Time fliessss ...... Only memories....."

In the family picture, Neetu and Rishi could be seen posing with Ranbir and Riddhima from their childhood days in front of a flower wall.

Soon after she dropped the pictures, fans flooded the comment section with red heart emoticons and heartfelt messages for the couple.

"Such a cute picture! You look almost the same," a fan commented.

Another fan wrote, "Nice family memories.. all are looking lovely."

Rishi Kapoor and Neetu Kapoor's daughter Riddhima Kapoor Sahni also took to Instagram to wish the couple and shared a throwback picture from her childhood days with her parents.

Rishi and Neetu got married on January 22, 1980. Unfortunately, on April 30, 2020, Rishi Kapoor passed away after battling cancer for two years.

Back in the 70s and 80s, the couple starred in several hits together like 'Amar Akbar Anthony', 'Khel Khel Mein', 'Rafoo Chakkar', 'Kabhi Kabhie', 'Besharam' and many more and inspired generations with both their on-screen and off-screen romance.