Kollywood lady superstar Nayanthara and director Vignesh Shivan will enter the wedlock on Thursday at Mahabalipuram. A day before the most awaited celebrity wedding, a digital wedding invitation card has gone viral on social media.

The invitation card is widely circulated by the fans' pages of Nayanthara. Interestingly, the invitation video played the background music from the movie ‘Naanum Rowdy Dhaan’ which was released in 2015. Nayanthara and Vignesh Shivan started dating after working together in this movie.

As per the details in the invitation, the wedding festivities will begin at 8.30 pm at Sheraton Grand in Mahabalipuram.

The sources say, "Security has been really tightened at the venue. Guests, who have been invited, will be getting a special code before the wedding. Guests will be allowed to enter the wedding venue after showing the code.

"A dress code for the wedding has also been specified. The dress code specified in the invitation is Ethnic pastels. A Sangeet ceremony is to take place on Wednesday before the wedding on Thursday morning," say reports. 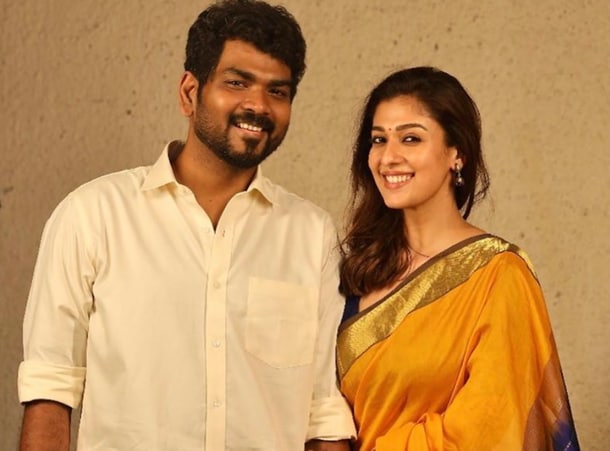 Only family members, close relatives and close friends will attend the wedding ceremony. It is learnt that the couple will throw a grand reception in Chennai on June 11.

Meanwhile, sources claim that the celebrity wedding will be captured as a documentary and will be sold to an OTT platform. It is learnt that ace filmmaker Gautham Menon will helm this special documentary.

On Monday, Vignesh disclosed that they would share photos of the wedding on Thursday afternoon.

The couple who met on the set of the superhit movie ‘Naanum Rowdy Dhaan’ has been in a relationship for the past 6 years.