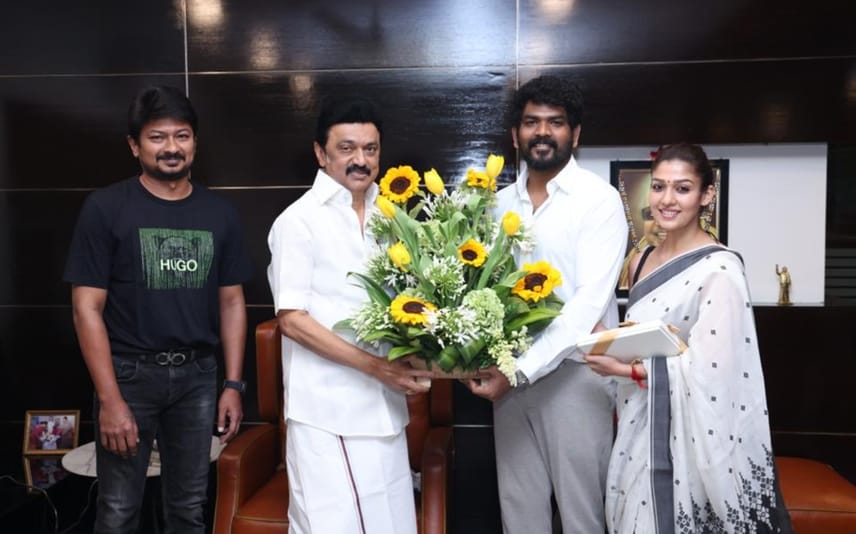 Kollywood's lady superstar Nayanthara and director-producer Vignesh Shivan are all set to enter wedlock on June 9. Amid the reports, the couple visited Tamil Nadu Chief Minister MK Stalin for inviting him to their wedding. A pic of the couple with the CM which went viral on social media confirmed their visit to the CM's office.

In the photo, Vignesh Shivan was seen gifting a bouquet to the CM while Nayanthara was posing for the photo holding a bunch of invitation cards.

According to reports, Nayanthara and Vignesh Shivan will tie the knot in a close-knitted ceremony on June 9 at a resort in Mahabalipuram. It is learnt that the wedding ceremony will be held as per Hindu tradition.

Reportedly, a grand reception will be held in Chennai for the film fraternity and other VIPs including politicians.

The couple who met on the set of the superhit movie ‘Naanum Rowdy Dhaan’ has been in a relationship for the past 6 years.

'It's beyond a fairy tale', Netflix shares glimpses from Nayanthara-Vignesh's wedding documentary

Documentary on Nayanthara-Vignesh's love story in the works, confirms Netflix