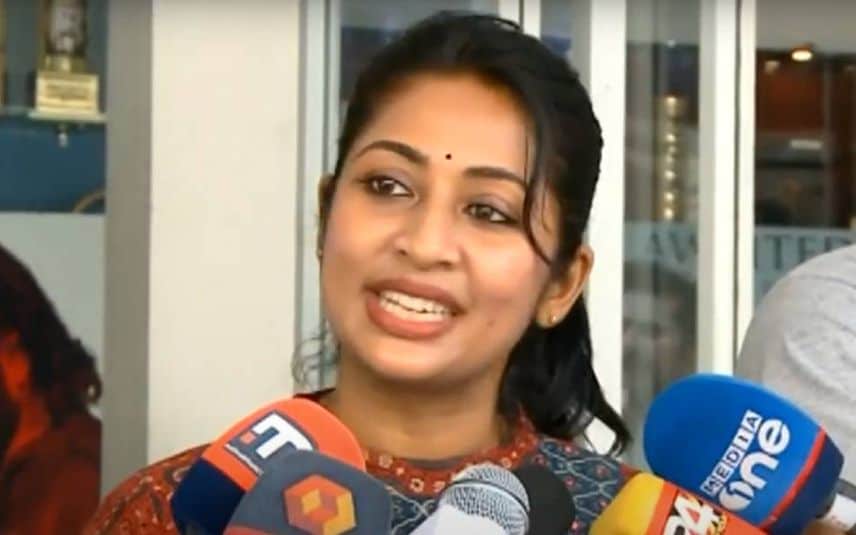 Kochi: Mollywood actress Navya Nair apologised for the controversies erupted by Vinayakan’s remarks over the ‘MeToo’ movement, at the press conference in relation to the movie ‘Oruthee’. Reacting to the criticisms against her over Vinayakan's statement, she said that a woman is being blamed for the statement delivered by a man.

‘There were many men on the dais when Vinayakan made the comments while responding on the MeToo movement. But all the questions were being raised against me over his remark. Though I tried to take the mike, I couldn’t’, said Navya.

"Vinayakan's statement was inappropriate. As his colleague, I would like to express my apologies for the same," she added.
Talking about the movie ‘Oruthee’, she said that the film portrays the strength of women. It shows how a woman acquires the power to react against the odds in her life.

Navya was addressing the media here when she arrived at a theatre to watch ‘Oruthee’ with some Kudumbashree workers.

Navya was also present on the stage when Vinayakan made insensitive remarks on the ‘MeToo’ movement, which encouraged many women to come out and announce the harassment they faced, especially at their workplace. Following this, strong criticisms were raised against Navya too for being silent at the occasion.

Controversial remarks of Vinayakan: Navya says she was unable to react