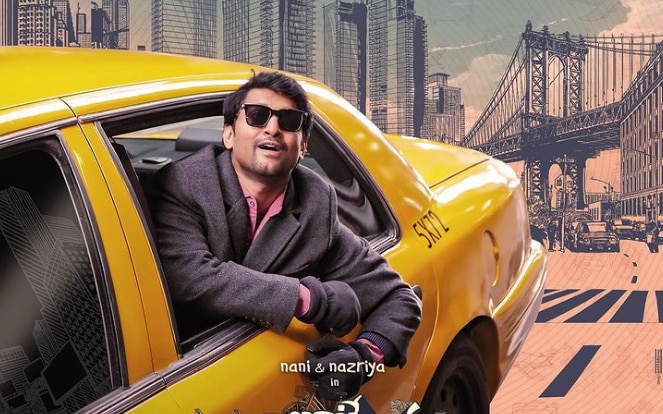 Nani feels that a lighthearted rom-com like 'Ante Sundaraniki' will be welcomed by theatre audiences.

"A film like this is much needed at this point of time after watching back-to-back huge action movies and after the pandemic, people need some relief, a breather which is just lighthearted, which will put a smile on you throughout the film and you walk out with a nice feeling. I mean that's the kind of film we're all looking for now. Im super happy that it's coming out now," Nani said to IANS.

In the movie, Nani is a young Brahmin named Sundar whose dream is to visit the USA at least once in his life. Nazriya Nazim who played his love interest as Leela aims to become a popular photographer. The two different worlds of Sundar and Leela, their love story and the fun in the journey together is depicted interestingly in 'Ante Sundaraniki'.

While in the past there have been protests by Brahmin organisations over caricaturing and denigrating the community in some Telugu films, Nani who portrays the travails of a Brahmin youth in love with a Christian girl is confident that his movie will not annoy the community.

"Not at all. Because we didn't exaggerate or mock anyone. Or it's not a loud kind of comedy. It's a very realistic approach. And we're not discussing the religion. We're discussing people here. So I'm not worried about it at all," he told IANS.

'Ante Sundaraniki' starring Nani, Nazriya Nazim, Fahadh Faasil, is directed by Vivek Athreya and produced by Mythry Movie Makers. Vivek Sagar has composed the music for the movie releasing on June 10, in Telugu, Tamil and Malayalam.

I fell "head over heels" for Nazriya: Fahadh Faasil