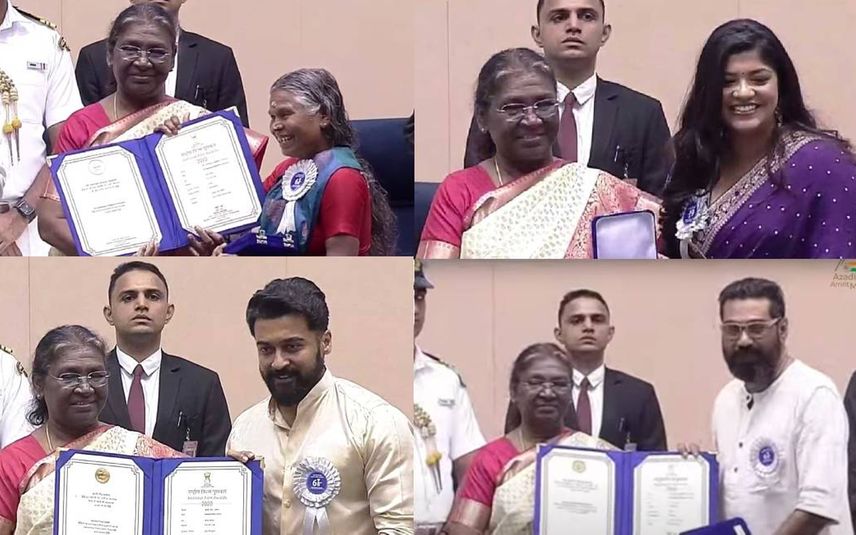 Nanchamma, a tribal woman from Kerala’s Attappadi who made her film debut with ‘Ayyappanum Koshiyum’ won the award for the best female playback singer. The audience at the award ceremony welcomed Nanchamma with a loud round of applause when she entered the stage to receive the award from Draupadi Murmu, the president of India.

Meanwhile, Biju Menon also arrived to receive the best-supporting actor award for his portrayal of 'Ayyappan', a hardcore policeman on revenge, in Ayyappanum Koshiyum.

At the same time, director Sachy aka Sachidanandan KR won the best director for the same film posthumously. This is the second major award for the film.
'Thinkalazhcha Nishchayam' bagged the award for best film in the Malayalam language.

Award for Best Book on Cinema: The Longest Kiss by Kishwar Desai

Rani Mukerji turns author, to release autobiography on her birthday