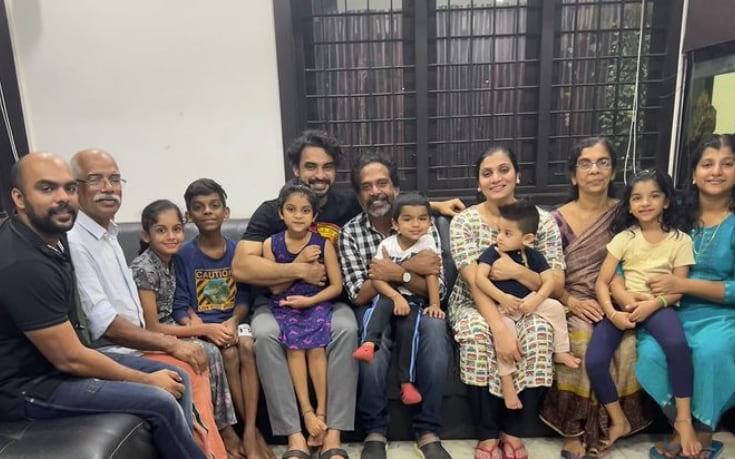 Mollywood star Tovino Thomas has surprised his Instagram followers with pics of a guest in his house. The pics featured none other than fame Guru Somasundaram played the role of Shibu, the antagonist in ‘Minnal Murali’.

In the pics, Guru Somasundaram was with Tovino’s family members. In one of the pics, Tovino’s reel life enemy was seen on all smiles while posing for a happy click with the joint family. He also posed for a photo with the children, Tovino’s father and brother.

Guru Somasundaram also took to his Instagram page and also shared a few snaps as sharing happiness to visit Tovino and his family.

Guru Somasundaram won the hearts of the audience with his character in ‘Minnal Murali’. Interestingly, his character made headlines rather than Tovino’s character.

'Minnal Murali' directed by Basil Joseph portrayed the story of a village superhero.

‘I wasn’t satisfied with Lucifer’, says Chiranjeevi; ‘No one can match ...