Kamal Haasan pays tribute to 'queen of music from Indore' 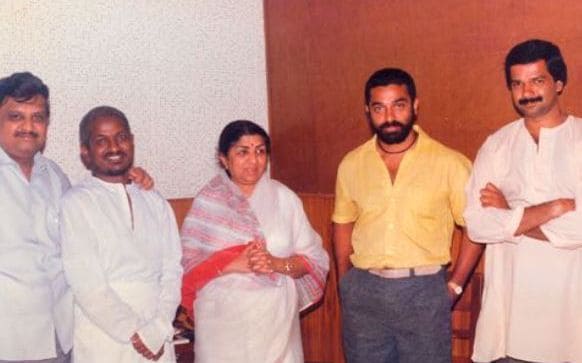 Actor-politician Kamal Haasan paid rich tributes to singing sensation Lata Mangeshkar, who passed away on Sunday, saying she overcame barriers of language through her music and mesmerised hearts.

The actor, who is also a singer himself, paid tribute to the legend on Twitter late on Sunday night.

"She has left behind thousands of songs in the air which when listened to are bound to trigger emotions and feelings.

"That she has sung songs that cannot be destroyed by time in Tamil and Hindi films that I have acted in is a fact of which I am proud. My respects to the queen of music from Indore."

The actor also posted a picture of him with Ilaiyaraaja, S.P. Balasubrahmanyam and Lata Mangeshkar that was clicked during the making of his superhit film, 'Sathya'.

Interestingly, 'Valai Osai...', the song that Lata Mangeshkar sang with Balasubrahmanyam in the film, was a superhit and is considered a classic. It is considered to be one of the finest compositions of Isaignani Ilaiyaraaja.