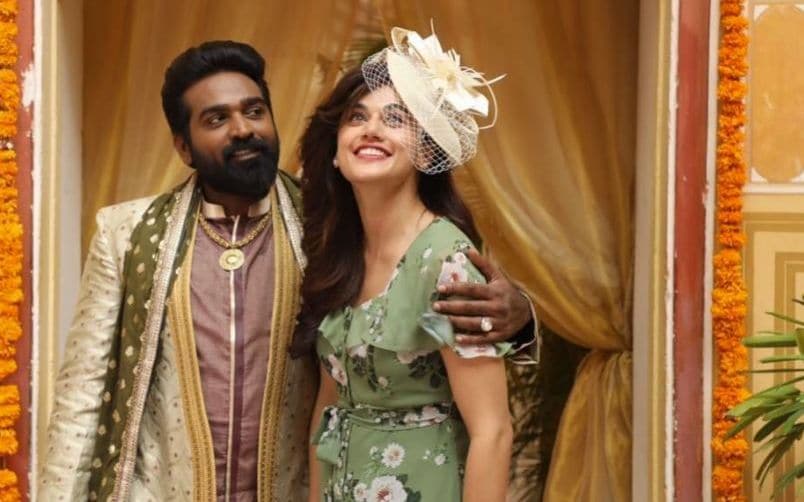 Chennai: Ahead of the release of her highly-anticipated film 'Annabelle Sethupathi', actor Taapsee Pannu sheds light on how her experience was working on the fantasy-comedy film.

Powerhouse performers Taapsee Pannu and Vijay Sethupathi have joined forces for the first time in a project that promises to take the audiences on an intriguing journey between the past and the present.

"This genre has a weird connect with me because I have always been opposed to this genre but it has always attracted me and given me some really big hits," said Taapsee, while sharing about working on the highly-anticipated film whose narrative is an engaging watch packed with humour and emotions which makes it one of the biggest family entertainers of the year.

Shedding light on her experience working on the fantasy-comedy film, Taapsee further continued, "It started with Kanchana 2, where Lawrence sir asked me to meet him and I decided that I didn't want to do it and I lucked in. I thought I couldn't do this over the top dramatic stuff in this genre. I went there and met and the story just bowled me over."

The 'Pink' actor further revealed that she went to filmmaker Raghava Lawrence with a perception to say no but went and said yes and came back.

But, appears like destiny had decided other fantasy comedies for Taapsee as she went on to star in hit south Indian movies like 'Anando Brahma' in Telugu, which was again a horror-comedy.

Taapsee shared that she did not charge a single rupee before the film and just agreed on sharing the profit because "I knew this movie is going to make a lot of money."

Produced by Sudhan Sundaram and G Jayaram, the film is directed by Deepak Sundarrajan.'Annabelle Sethupathi', will stream in Tamil, Telugu, Hindi, Kannada and Malayalam on Disney plus Hotstar from September 17.

Vijay Sethupathi not a part of 'Pushpa 2', confirms his team