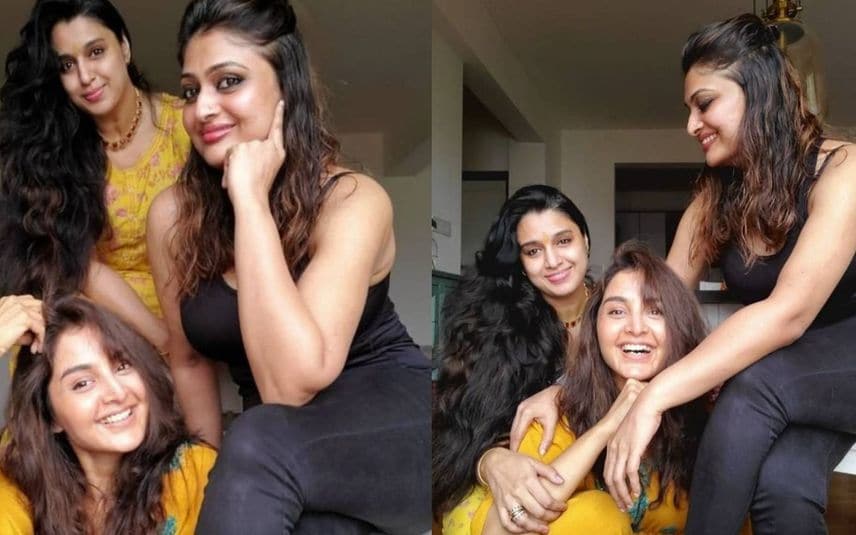 Mollywood’s lady superstar Manju Warrier had recently spent some quality time with her best friends Samyuktha Varma and Geetu Mohandas. The actress revealed about the reunion with her friends through an Instagram post.

On Saturday, the ‘Chathurmukham’ actress took to her Instagram page and shared some pics from the catch-up with her friends.

The pics featured the three actresses in all smiles.

As the three actresses made their acting debut in an almost similar period, they are good friends for a long time. Though Samyuktha quit the industry after her marriage with actor Biju Menon, Manju and Geetu are active in the industry. When Manju continued to impress the audience as an actress, Geetu is busy in the role of a filmmaker. Her directorial 'Moothon' bagged many recognitions in international film festivals.

On the work front, Manju will be next seen in Jayasurya starrer ‘Meri Awaaz Suno’. Her upcoming releases are ‘Marakkar: Arabikadalinte Simham’, ‘Lalitham Sundaram’, ‘Jack N Jill’, ‘Kayattam’ and ‘Padavettu’.