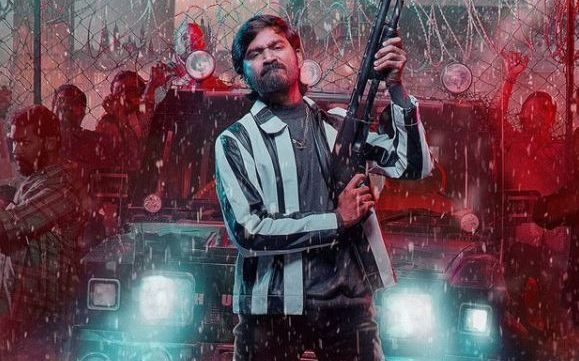 Noted writer-director Karthik Subbaraj says with his crossover gangster drama film 'Jagame Thandhiram', featuring Tamil star Dhanush and 'Game of Thrones' actor James Cosmo, his aim is to reach out to the both Indian and international audience.

The filmmaker, known for crime and action movies like 'Jigarthanda', 'Iraivi' and 'Petta', is an ardent fan of the mafia genre.

"I felt I should make a film in New York with a known gangster face and a Tamil character from Madurai, it should be a global story.

"The initial idea was to do a cross country film bringing two worlds together. The aim was to make it enjoyable to Indian and international audiences," Subbaraj told PTI in a Zoom interview.

Based in London, 'Jagame Thandhiram' (Tamil for Tricky World) revolves around Suruli (Dhanush), a nomadic gangster who has to choose between good and evil in a war for what one can truly call home.

The 38-year-old director initially set the film in New York and had researched the crime family scene in the American city, which also served as base for 'The Godfather', considered the finest mafia movie ever made.

"I am from Madurai and I had explored that world with 'Jigarthanda' and I wanted to seamlessly merge both the worlds," he said, adding the film also taps into the theme of immigration.
He may narrate stories set in the world of crime, but Subbaraj said he never attempts to glorify the bad guys in his movies.

"Most of my protagonists are in grey shade because when they shift their focus to the good or bad side, you will be able to see the change and relate to it more. 'Jagame Thandhiram' is not glorifying evil. There is a reason for them (the characters) to do certain things and then the shift happens."

Like his latest film, influence on Subbaraj's craft has also been a blend of Indian and international, with filmmakers like Mani Ratnam, Balu Mahendra, K Balachander, Martin Scorsese and Quentin Tarantino being his favourites.

"... You watch their films, you love it. Their films excite you and you keep watching them. And subconsciously it might come in the style of writing or making, like visually trying a shot. Every film is like learning a book," he said.

Through its release on the streaming platform Netflix, 'Jagame Thandhiram' has received a larger audience, the director said.

"Any content that is being made here in Tamil, Telugu or Malayalam or Hindi is now being watched and praised in north or south India or outside India due to OTT (over-the-top) platforms. It helps to break the boundaries. For filmmakers, it is about getting a larger audience base, while for the audience it is about watching different content."