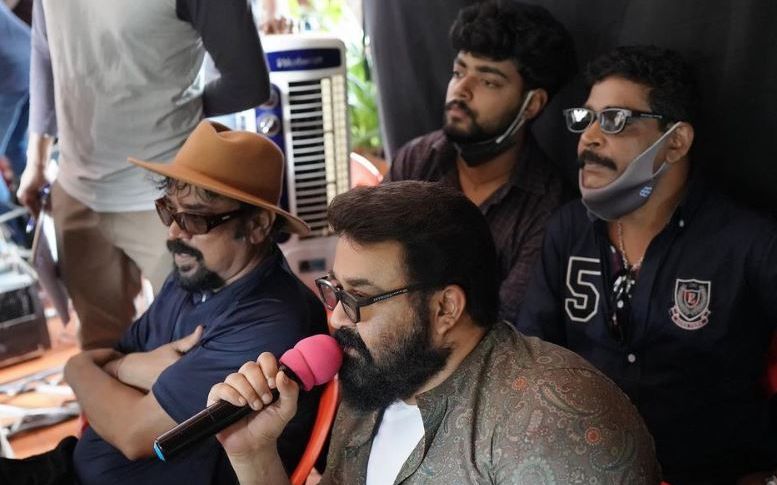 Mollywood superstar Mohanlal is on cloud nine as he is making his directorial debut with the fantasy adventure movie ‘Barroz-Guaridan of D’Gama’s Treasure’. The ‘Lucifer’ actor has started the shooting of the movie on Wednesday.

Mohanlal himself shared some pics from the first-day shooting of the movie.

The pics featured the actor who manages the role of director with confidence.

Many celebrities reacted to the superstar’s post and wished him good luck for the project.

According to reports, Prithviraj Sukumaran is also playing a pivotal role in the movie. The actor confirmed this through his Instagram page.

Interestingly Barroz is a children’s fantasy 3D movie. Mohanlal plays the title role of Barroz in the movie.

‘My Dear Kuttichathan’ director Navodaya Jijo aka Jijo Punnoose has penned the script of ‘Barroz’. Santhosh Sivan is cranking the camera.

As the title refers, the movie is about a person who guards the treasure of Vasco Da Gama for more than 400 years. It is a mythological story set in the background of Portugal. The story develops through the entry of a child in Barroz’s life.

Antony Perumbavoor is producing the movie under the banner of Aashirvad Cinemas.