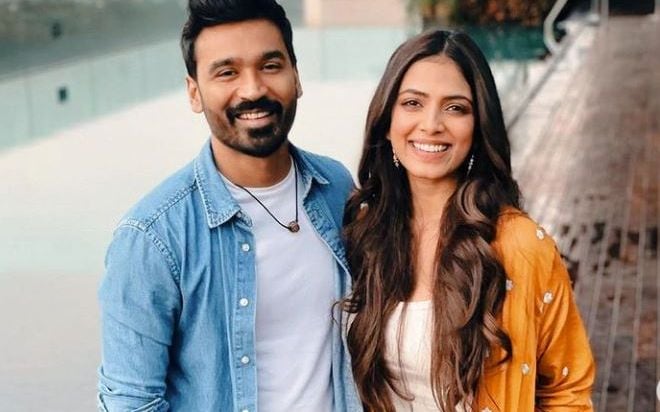 South actress Malavika Mohanan recently made a dream comeback to the south film industry. After starring in ‘Master’ opposite Ilayathalapathy Vijay, the actress is currently shooting for Dhanush’s next directed by Karthick Naren.

After completing the first schedule of the movie, Malavika took to her social media pages and shared happiness to work with Dhanush. She also shared some beautiful pictures with Dhanush.

“So glad to have met you and worked with you, my fellow leo co-actor! Will miss your infectious laughter, learning so much from you everyday and our mutual love for ‘maggi’

Had a blast of a first schedule, and can’t wait to start the second one soon!,” wrote Malavika revealing her bond with Dhanush.