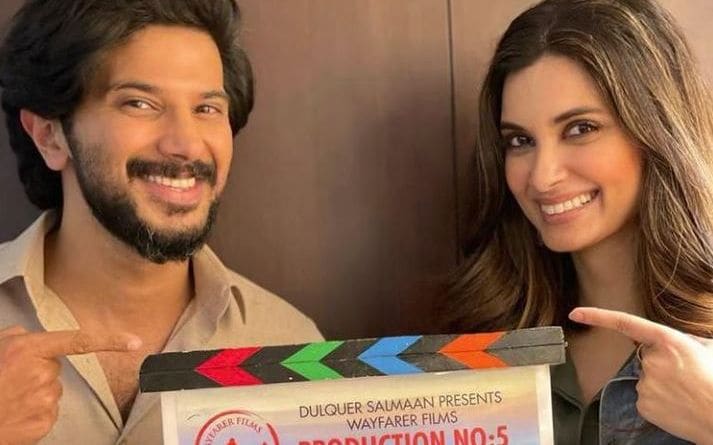 Bollywood star Diana Penty has started shooting for Dulquer Salmaan’s next directed by Rosshan Andrrews. The ‘Cocktail’ actress is making her Mollywood debut with this untitled movie.

After joining Dulquer at the location of the movie, Diana took to her Instagram page and shared a pic with her followers.

“Cheers to new beginnings! Super excited to join @dqsalmaan, @rosshanandrrews and the whole crew on this new journey - my first Malayalam film! Looking forward to the ride,” Diana captioned the pic.

Dulquer also shared a pic on his Instagram page welcoming Diana to the team.

“Welcome @dianapenty to our new film! We are super excited to have you on board and hope you have the best time making this film. Also seeing Kerala and exploring our cuisine!,” wrote Dulquer.

Interestingly, the movie will mark Dulquer’s 5th production under the banner of Wayfarer Films.

Versatile actor Manoj K Jayan will play a pivotal role in the movie. Bobby and Sanjay will pen the script of the movie.

Diana Penty was last seen in ‘Happy Phirr Bhag Jayegi’ released in 2019. She impressed audience and critics alike with strong characters from her debut movie ‘Cocktail’ to ‘Paramanu: The Story of Pokhran’.

Dulquer is waiting for the release of his first-ever big budget movie ‘Kurup’. He was last seen in Anoop Sathyan’s ‘Varane Avashyamund’.