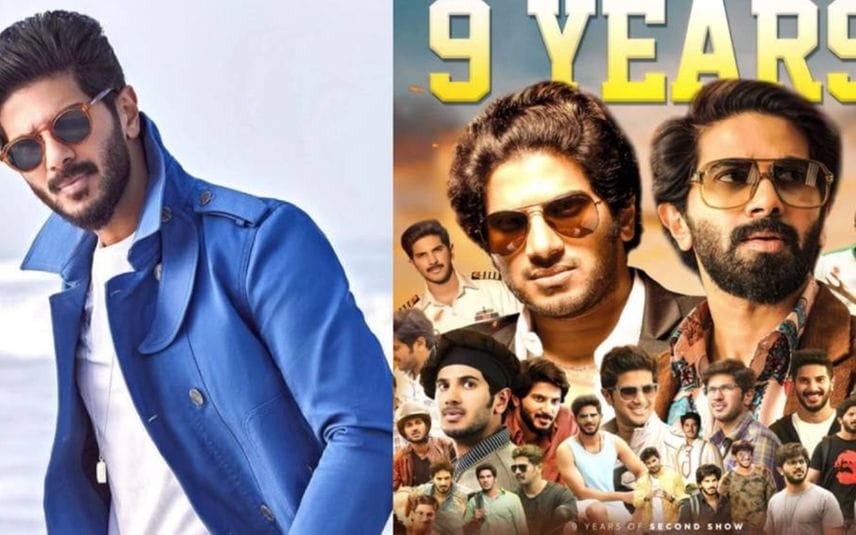 Mollywood star Dulquer Salmaan has completed 9 years in the film industry. The young actor who also turned a singer and producer in his career took to his Facebook page and penned an emotional note marking his 9th anniversary in the industry.

Dulquer made his acting debut with ‘Second Show’ which was released on February 3, 2012. Marking the anniversary of his debut movie, the actor has recollected his memories on facing the camera for the first time. He also shared a poster featuring his characters in his 9-year-long career.

“This day 9 years ago our film Second Show released in cinemas. It marked the debut of a whole lot of new comers including yours truly. Today I embark on a new film. The jitters and fears are still present but time has helped turn that into something positive,” wrote Dulquer.

He also expressed gratitude to his audience, colleagues and all who support him.

“This annual reminder from all of you helps keep the memories of how I began fresh and that in turn always makes me realise how I began and where I came from. For that and for your constant support and love, a huge thank you from the bottom of my heart. To all of my colleagues and to the various industries it’s a privilege to work along side all of you in this magical wonderland. Praying for this year to mark some fantastic movies and good health and cheer to all of you. Thank you again !,” added Dulquer in his Facebook post.

Dulquer acted in over 40 films in various languages including Malayalam, Tamil, Telugu and Hindi.

His upcoming movies include ‘Kurup’ and ‘Hey Sinamika’.