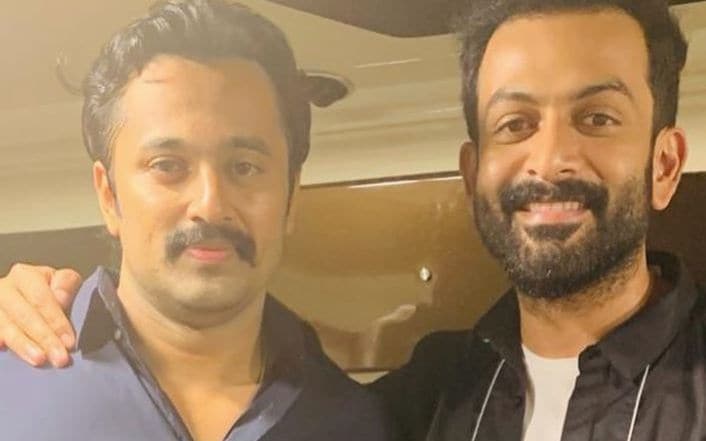 Mollywood star Unni Mukundan has joined the set of the upcoming movie ‘Bhramam’ starring Prithviraj in Kochi. Revealing happiness to share screen space with Prithviraj, Unni took to his Instagram page and penned a note on their first meeting.

“This one is Special!Joined #Bhramam and if I clearly remember this happens to be my first and only picture with @therealprithvi !!,” Unni captioned the pic clicked at the set of ‘Bhramam’.

Interestingly, Unni has recollected a memory with Prithviraj calling him a gentleman.

“Years back when I had just started acting, we had a small get-together post a cricket match. I had joined the meet in an autorickshaw. Late night when everyone were leaving, Prithvi was the only one to have offered me a drive back home since I had no vehicle to ride back. I happily denied the gentleman’s gesture but did walk-off with a lot of happiness! You are still the same! Extremely positive and Helpful,” wrote Unni Mukundan.

“Extremely happy to share the screen with you finally!!,” he added.

Prithviraj also reacted to the post with a smiley.

The shooting of ‘Bhramam’ directed by Ravi K Chandran commenced on January 27. It is reported that the movie is a remake of Hindi movie ‘Andhadhun’ in which Ayushmann Khurana played the lead role.

The movie will also feature Mamta Mohandas and Kollywood star Rashi Khanna in the female leads.

Sarath Balan has penned the script and dialogues.

Unni Mukundan has recently wrapped the shooting of his production venture ‘Meppadiyan’.