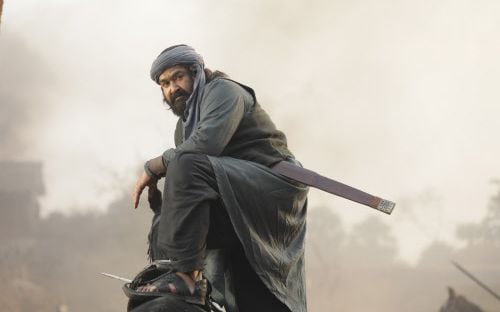 Thiruvananthapuram: Mohanlal-starrer 'Marakkar: Lion of the Arabian Sea' directed by Priyadarshan will soon be shown on OTT as the epic film has been reportedly bought by Prime Video at a price between Rs 90 crore and 100 crore.

Unconfirmed reports attributed to the producer of the movie, Antony Perumbavoor, stated that this was one of the most costly purchases by Amazon in India.

If the movie is bought by Amazon for Rs 90 crore to 100 crore, then the satellite rights of the movie would fetch good profit for the producer.

Antony Perumbavoor had on Friday said that he had tried his level best to show the movie on the big screen but even after several rounds of meetings with theatre owners, a final decision could not be reached and hence he and his team had decided to sell the movie on OTT.

Kerala film producers association head C. Sureshkumar had said that the producers of the movie and the association had held several rounds of meetings with the film exhibitors but no solution could be arrived at.

Film exhibitors association head Anchal Jayakumar had said, "We have held discussions and we had promised Rs 15 crore and 500 screens for the producer but they insist on more and we cannot afford that. Theatres will remain an indispensable part of the Malayalam film industry and we cannot be cowed down by such actions."