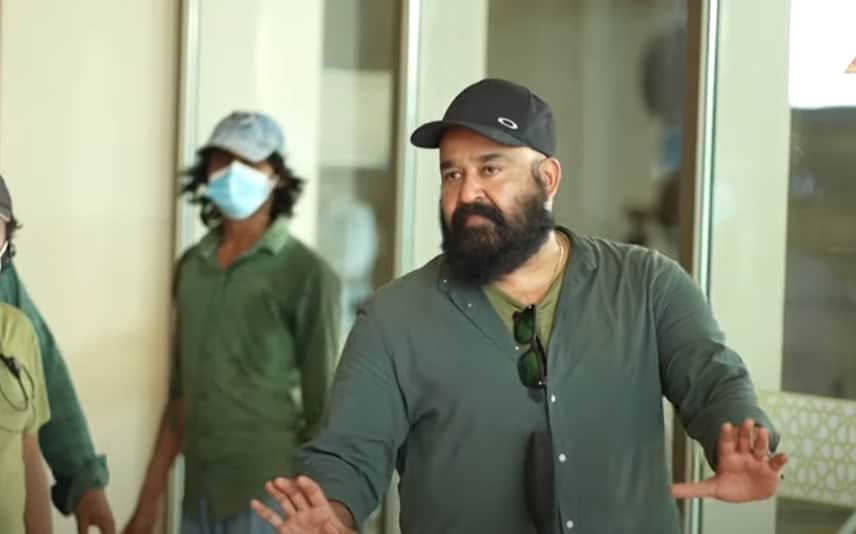 Mollywood superstar Mohanlal is celebrating his directorial debut with children fantasy movie ‘Barroz’. His fans are also eagerly waiting for the day when the movie hit the theatres.

Treating Mohanlal fans, Aashirvad Cinemas has shared a making video of ‘Barroz’ through their YouTube channel.

The video featured Mohanlal’s role as a director. He was seen giving directions, enacting the scenes and managing the shooting at the locations.

Written by Jijo Punnoose, who is known for having directed India's first 3D film, 'My Dear Kuttichathan', 'Barroz' will have ace cinematographer Santosh Sivan cranking the camera.

Mohanlal will be playing the title role, a genie that guards the treasure of Spanish explorer Vasco Da Gama in the film, which is being produced by Anthony Perumbavoor.

According to reports, Prithviraj Sukumaran is also playing a pivotal role in the movie. The actor confirmed this through his Instagram page.

As the title refers, the movie is about a person who guards the treasure of Vasco Da Gama for more than 400 years. It is a mythological story set in the background of Portugal. The story develops through the entry of a child in Barroz’s life.

Suriya is a great human being with the most generous heart: Actor Karthi

Vani has no part in this, will approach court against fake case: Actor ...