Produced by John Abraham and directed by Vishnu Sivaprasad, Mike will hit the theatres on August 19 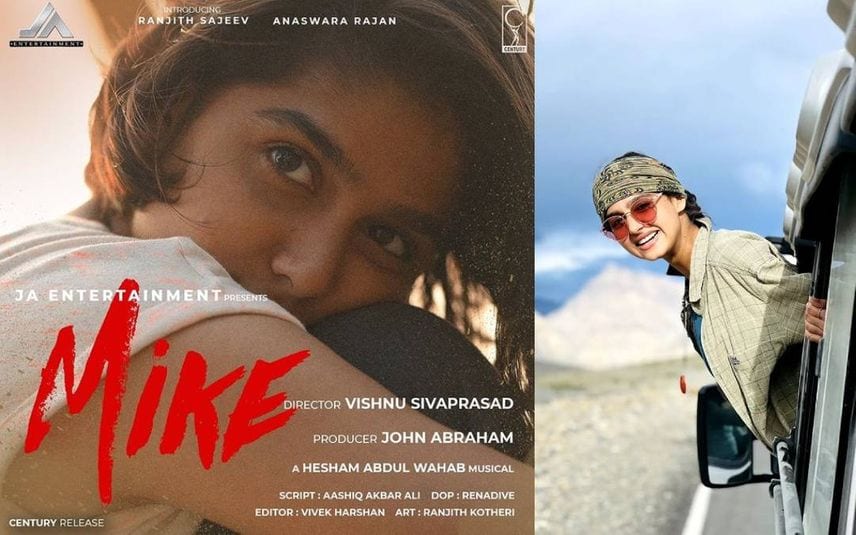 The makers of the Anaswara Rajan-starrer 'Mike', have announced a social media contest 'Travel with Mike'.

To take part in the contest, people have to upload photos or videos of their favourite and most influential travel memory on social media along with the hashtag #TravelWithMike and tag Mike's official page. They can also post their travel memories as a comment on Mike's page with the hashtag #TravelWithMike or directly message it to their official page. The last date to submit the entries is August 12th, Friday.

Winners of the contest will get a chance to meet and greet team Mike at the pre-release event and another surprise also awaits them.

Mike is JA Entertainment's maiden production in Malayalam and Vishnu Sivaprasad is the director. Starring debutant Ranjith Sajeev and Super Sharanya fame Anaswara Rajan in lead roles, the film is written by Aashiq Akbar Ali Mike and distributed by Century.

The cinematography of the film is by Renadive and Vivek Harshan is the editor. Kaithapram Damodaran Namboothiri, Rafeeq Ahammed, Suhail Koya, Arun Alat and Vinayak Sasikumar are penning the songs composed by Hesham Abdul Wahab. Suresh Mukund from Mumbai-based hip-hop dance group Kings United handles choreography along with Greeshma Narendran and Gayathri Raghuram. Ranjith Kotheri is the Art Director while Ronex Xavier is behind Make-Up. Sonia Sandiavo is the Costume Designer and Rajesh Rajan handles Sound Designing. Phoenix Prabhu and Arjun are behind Stunts. Still Photography is by Rahul Raj. Devison C J and Binu Murali are production controllers. Publicity design is by Jayaram Ramachandran. Marketing and Communications is handled by Sangeetha Janachadran under the banner of Stories Social. Mike, distributed by Century, will hit the theatres on August 19th.