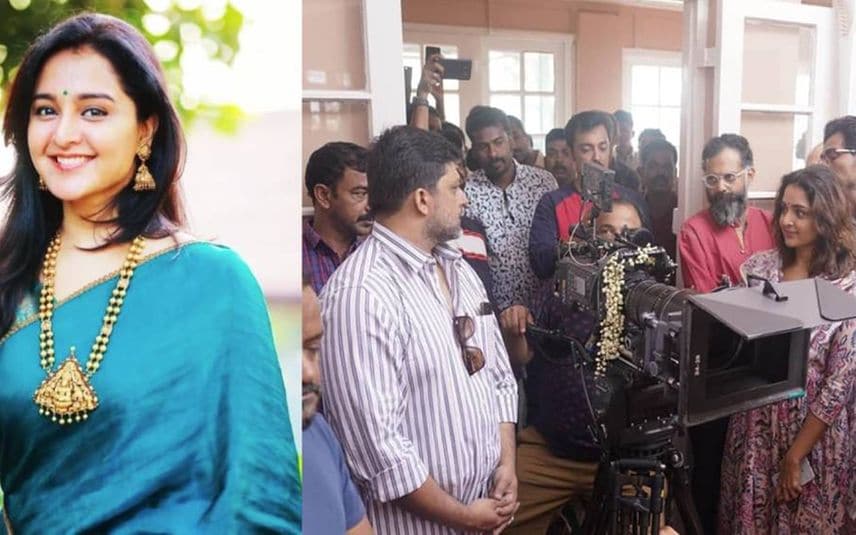 Shooting of ‘Lalitham Sundaram’ starring Manju Warrier and Biju Menon directed by Madhu Warrier commenced on Wednesday. The Lucifer actress has turned producer for the movie under the banner of Manju Warrier Productions in association with Century Films.

Manju took to her Instagram page and shared some snaps from the puja ceremony of the movie.

Earlier this month, Mollywood superstars Mohanlal and Mammootty released the motion poster of the movie.

Lalitham Sundaram is written by Pramod Mohan. Cinematographer P Sukumar and editor Lijo Paul will associate with the project.

It is for the first time; Manju is going to share screen space with Biju Menon after her comeback. Earlier, the duo had impressed the audience in ‘Krishnagudiyil Oru Pranayakalathu’ and ‘Pranayavarnangal’.

Manju Warrier was last seen in ‘Prathi Poovankozhi’. According to reports, she will be next seen in Mohanlal starrer ‘Marakkar-Arabikadalinte Simham’. ‘Chathurmukham’, ‘Priest’ and ‘Padavettu’ are her upcoming movies.