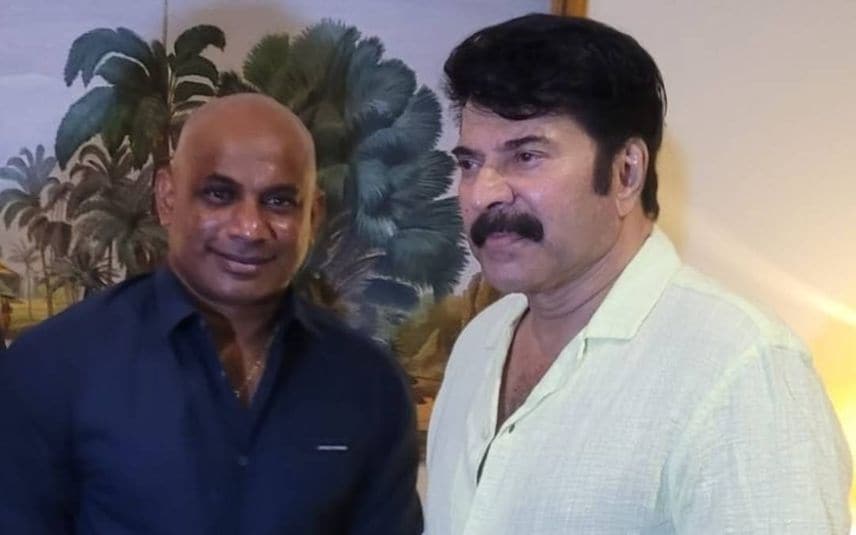 Sanath Jayasuriya himself revealed the news of the visit through a tweet with a thanking note to the actor. “It was an honour to meet Senior Malayalam actor @mammukka. Sir, you are a true superstar,” tweeted Jayasuriya. He shared the pictures captured during the visit along with the tweet.

Following a meeting with India’s High Commissioner in Colombo, Sanath had earlier informed that Sri Lanka would promote the Ramayana trail for attracting more Indian tourists to the country. Through the latest tweet, Sanath invited “all Indian stars and friends to visit Sri Lanka to enjoy the country.”

Mammootty reached Sri Lanka for the shooting of his upcoming movie ‘Kadugannawa Oru Yatrakuripp’, which is a directorial venture of Ranjith. MT Vasudevan Nair had penned the script of the movie.

Kadugannawa is a place in Sri Lanka. In the movie, Mammootty plays the role of a journalist, who arrives in Sri Lanka for an official purpose. ‘Kadugannawa Oru Yatrakurip’ is originally a short story written as a sequel to his earlier work ‘Ninte Ormakk’.