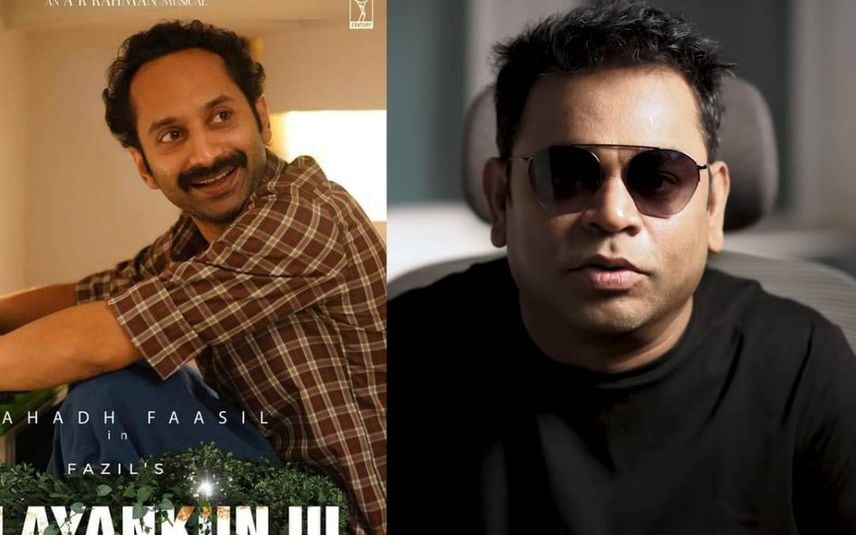 Music director AR Rahman shared his experience of working for the latest Malayalam movie ‘Malayankunju’ starring Fahadh Faasil and how he happened to take up the project unexpectedly. It was an e-mail send by Fahadh Faasil paved the way for AR Rahman to make a comeback Malayalam film industry after 28 years.

Rahman received Fahadh’s e-mail during the time of the Dubai Expo. It was a request to show a movie starring himself.

Rahman told Fahadh to reach Dubai and the latter came with the script writer and cinematographer Mahesh Narayanan. Though Rahman was impressed by the movie ‘Malayankunju’ and Fahadh’s acting, Rahman informed them that he might not be able to commit to the project as he had an extremely busy schedule. However, he went to his music room and began to compose the theme for 'Malayankunju'.

I was not sure whether I could finish the project, but Fahadh’s insistence pulled me close to the movie. In the movie, Fahadh plays the role of a radio machanic,which I could have become if my mom did not pull me out of the music, said AR Rahman.

Following two days, Rahman sent two themes to Fahadh, which were later used in the trailer. Rahman said that time constraint was an issue he faced while composing the songs of ‘Malayankunju’. He was preoccupied with the works of ‘Ponniyan Selvan’ and the Dubai Expo. But still he decided to work with the team of ‘Malayankunju’ and committed to compose two songs for the movie.

“I am returning to Malayalam film industry after 28 years through ‘Malayankunju’ and Blessy’s ‘Aadujeevitham’, Rahman said.