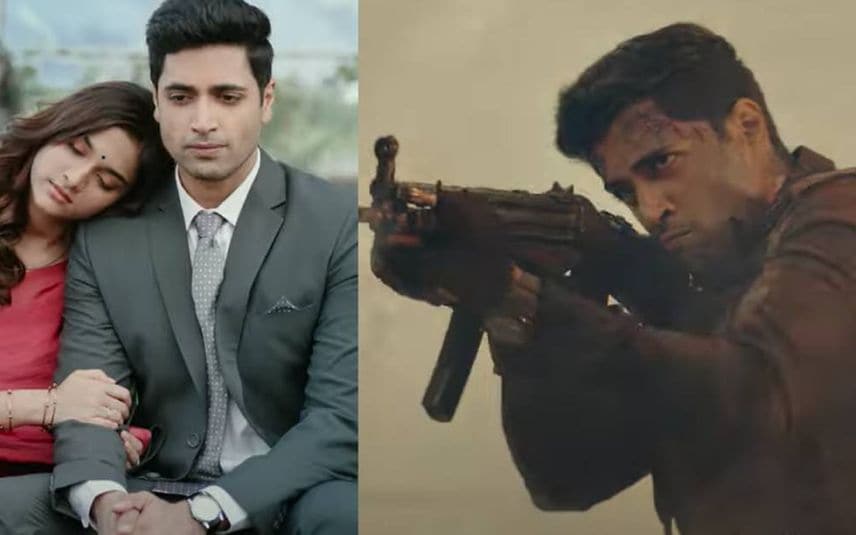 The trailer of 'Major', the biopic of martyr Sandeep Unnikrishnan, was released on Monday.

The film traces the inspirational journey of the army officer and his bravery and sacrifice in the 26/11 Mumbai terror attacks.

The trailer offers insight into the varied phases of Sandeep Unnikrishnan's life, offering the audience a deeper insight into his inspirational journey's untold chapters.

Slipping into the character of Sandeep Unnikrishnan, actor Adivi Sesh brings to screen the heroics of the martyr, commemorating the iconic milestones of the army officer's personal as well as professional life.

Celebrating the spirit with which Sandeep Unnikrishnan lived, 'Major' unfolds the story behind the unfortunate terror attack and pays homage to his eventful life.

It will be released on June 3.

In a collaborative effort to honour Sandeep Unnikrishnan's memories, superstars Salman Khan, Mahesh Babu, and Prithviraj Sukumaran will be launching the ..

Mumbai: Priyanka Chopra and Nick Jonas are on cloud nine as their newborn daughter Malti Marie is "finally home."On the occasion of Mother's Day, Priyanka ..

Bollywood and Mollywood stars who celebrate their first Mothers Day in 2022.Photo: Instagram