Chief Minister Basavaraj Bommai, who mourned his demise, said the last rites will be performed on Sunday with full state honours. 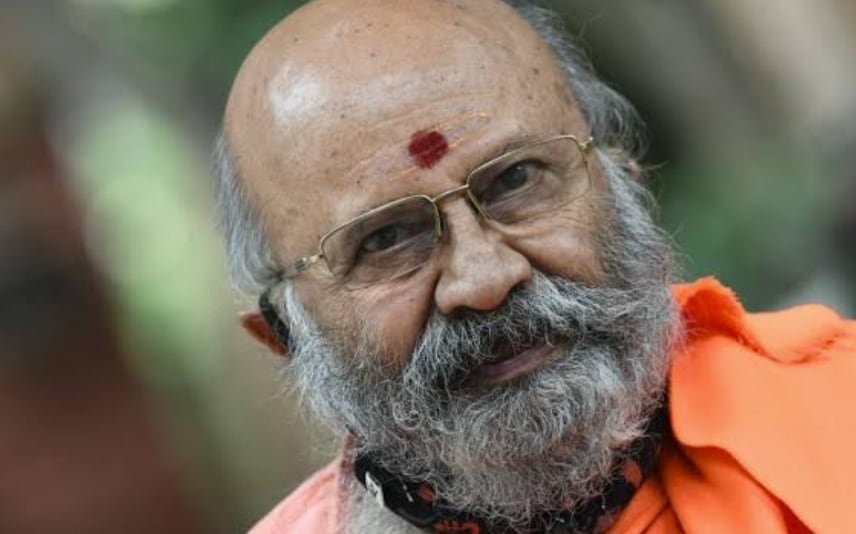 Bengaluru: Veteran Kannada actor S Shivaram, whose stint in the film industry spans more than six decades, died at a private hospital here on Saturday. He was 83.

Speaking to reporters outside the hospital, his son S Lakshmish said, "My father Shivaram is no more with us. Doctors at Prashant Hospital had done their best to help him recover but unfortunately destiny had its plan. We have to accept it."

Chief Minister Basavaraj Bommai, who mourned his demise, said the last rites will be performed on Sunday with full state honours.

Born on January 28, 1938 in a Tamil Brahmin family, Shivaram, popularly known as Shivaramanna, had been a versatile actor who played various roles ranging from hero to supporting character in over 60 movies, besides directing and producing films.

He started his acting stint with 'Beratha Jeeva' in 1965 but made a mark with the movie 'Dudde Doddappa' and 'Lagna Patrike'.

The veteran filmmaker launched Rashi Brothers by teaming up with his sibling S Ramanathan and gave some hit movies such as 'Gejje Pooje' and 'Upasane'.

Shivaram was active in the field and recently did the movie 'Snehitha'.

Speaking to media persons after paying his last respects to Shivaram, he said the last rites would be held on Sunday with full state honours.

"Shivaram had carved a niche for himself in the world of art. He had breathed life into every character he played as an actor. Most of his movies notched big success," Bommai said.

He also recalled that the artiste had bagged the national award as the producer of 'Upasane'.

"Shivaram's contribution to Kannada film industry is immense. He has left his stamp as assistant director, director, producer and actor in his six decade long professional life in Kannada filmdom. He made a mark as an actor in films like Sharapanjara, Shubhamangala, Nagarahavu directed by Puttanna Kanagal," Bommai recalled.

Mourning his death, former Chief Minister B S Yediyurappa tweeted, "I am deeply saddened by the news that the veteran actor of Kannada cinema is no more. He was also a director and producer. He had also acted in several television serials."

Yediyurappa said the state has lost a senior artiste in Shivaram's death.

Recalling his several meetings with Shivaram, Yediyurappa prayed for the departed soul to rest in peace.

He tweeted, "Deeply saddened by the passing of Shivaram Anna. He was an icon, an institution and leaves behind a rich legacy. Huge loss to the Kannada film industry. Heartfelt condolences to his family, friends and well wishers."