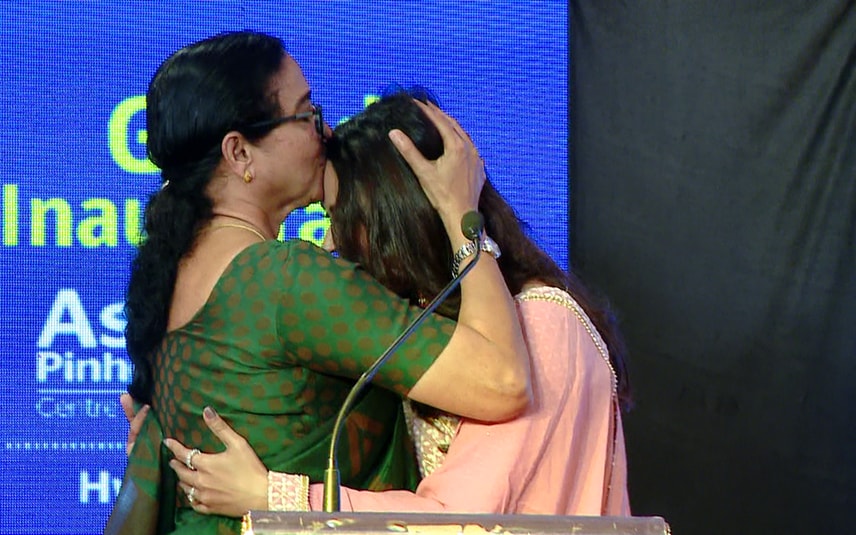 Kozhikode: Mayor Beena Philip hugged and kissed actress Bhavana while attending a function at Aster MIMS hospital on Wednesday. Bhavana arrived at the hospital to inaugurate the modern treatment facilities.

The Mayor expressed her love for the actress while delivering her speech at the event.

“When Manju Warrier had stopped acting, I was very sad. I felt the same in the case of Bhavana too. Being a woman, mother and grandmother, I love Bhavana a lot. I always wanted to hug and kiss her if I meet” said the Mayor.

After the speech, Beena Philip hugged and kissed Bhavana fulfilling her long-time wish.

Bhavana also revealed her happiness about receiving such a warm welcome in Kozhikode.

“I was surprised when my friend’s husband invited me to the event. I was thinking about what should I speak at the event which has no connection with my profession. But when I reached here, I felt elated,” said Bhavana.

Kaithapram Damodaran Namboothiri was also the chief guest at the event.

“Bhavana is like my daughter. I have penned songs for two of her movies. I’m really glad to meet her again,” said the lyricist.