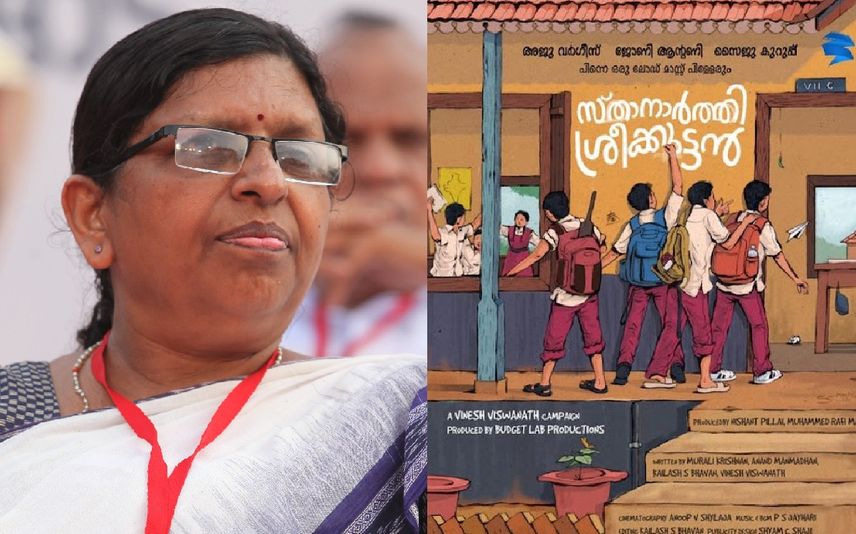 Kochi: Kerala Women’s Commission chairperson P Sathidevi made a surprise visit to a film shooting location based on the information that the crew has no internal complaints committee. She warned the crew of the Malayalam film ‘Sthanarthi Sreekuttan’, starring Aju Varghese and Saiju Kurup, of action if the matter is not rectified soon.

Sathidevi told mathrubhumi.com that though the crew claimed that they had ICC, there was no evidence for it. They have not registered with the Producer’s Association or documented the formation of ICC. Their answer to the question about their ICC members was not satisfactory.

The chairman directed the team to inform the Producers Association about the shooting and also install a board with the information of the ICC at the shooting location.

The PRO of the film told mathrubhumi.com that the matter was a technical error. Producer Nishant Pillai said he could not oversee things as his mother passed away recently.

Workplaces are bound to form ICC to handle sexual harassment complaints, as per VIsakha Guidelines. In March 2022, Kerala High Court had ordered that film crews must have ICCs. Many complaints of sexual harassment were raised in the industry recently.