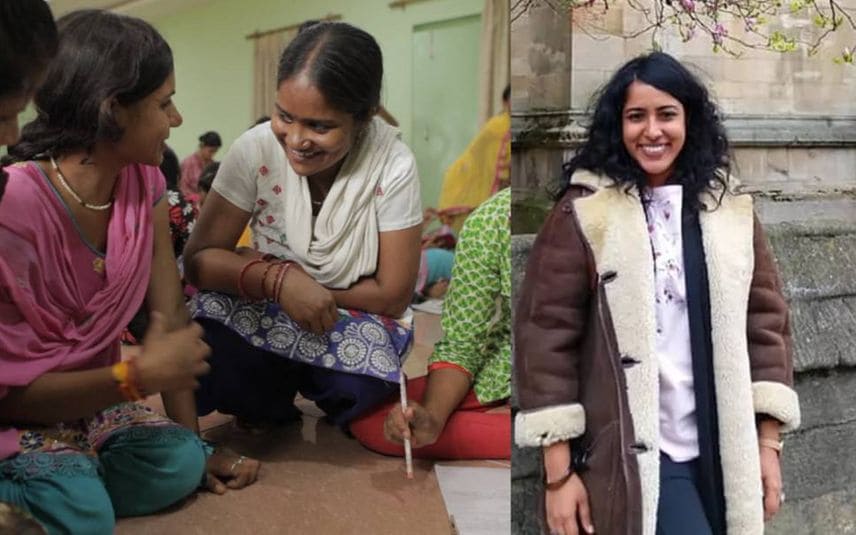 New Delhi: As the 2022 Oscar nominations were announced on Tuesday, Delhi-based Malayali filmmaker duo Rintu Thomas and Sushmit Ghosh-directed 'Writing with Fire' has been nominated for the Best Documentary Feature award, which is India's first entry in this category.

The nominations were announced by Tracee Ellis Ross and Leslie Jordan via the Twitter page of the Academy of Motion Picture Arts and Sciences.

This film is Thomas and Ghosh's debut feature documentary about a newspaper 'Khabar Lahariya' started as a social experiment by an NGO. It's India's only rural newspaper run by Dalit women since 2002, started by Delhi-based NGO Nirantar from Chitrakoot in the Bundelkhand region.

It is published across Uttar Pradesh and Bihar in rural dialects of Hindi, including Bundeli and Awadhi. 'Khabar Lahariya' is India's only women-run brand of ethical and independent rural news. Today, it reaches 5 million people every month through multiple digital platforms.

The feature documentary captures 'Khabar Lahariya's switch from print to digital in recent years. It follows how the newspaper's Chief reporter Meera and her journalists break traditions, redefining what it means to be powerful by reporting India's biggest issues and within the confines of their own homes, questioning notions of patriarchy and redefining power, investigating local police-force incompetence, listening in and standing by victims of caste and gender violence.

Other nominees in the Best Documentary Feature category were 'Ascension', 'Attica', 'Flee', and 'Summer of Soul (...Or, When the Revolution Could Not Be Televised)'.

This year's list of Oscar nominees was led by filmmaker Jane Campion's gothic western 'The Power Of The Dog' which has 12 nominations. The 94th annual Academy Awards ceremony will air live on ABC from Hollywood's Dolby Theatre, on March 27.