A diehard fan of Puneeth, Harikrishnan was waiting for the release of ‘Yuvarathnaa’. He had already downloaded the songs in the movie and kept listening to them, his parents said. 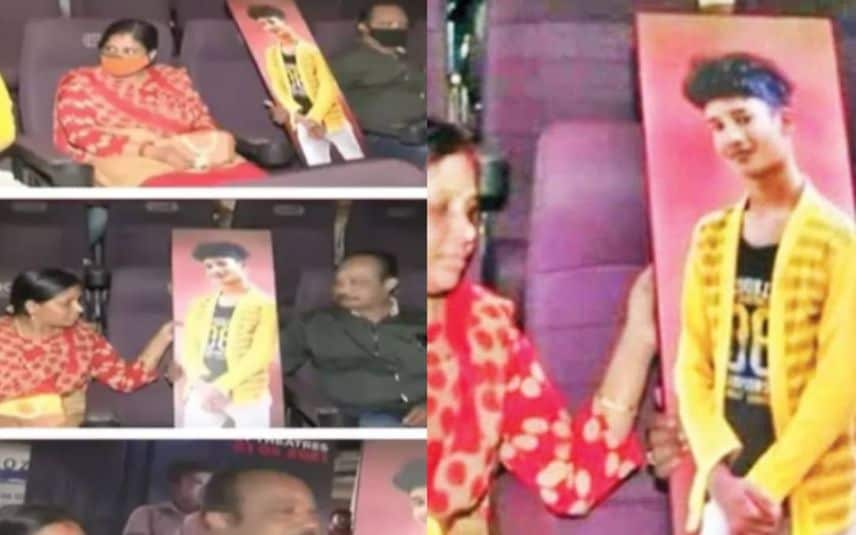 Mysuru: A Malayali family decided to watch the latest movie of Kannada actor Puneeth Rajkumar in order to pay tribute to their late son who was a hard-core fan of the super star. The actor also paid condolence on knowing the incident.

The family is settled in Kuvempu Nagar in the city. Their younger son Harikrishnan drowned in Varuna canal on December 13, 2020 when he was swimming with his friends. A diehard fan of Puneeth, Harikrishnan was waiting for the release of ‘Yuvarathnaa’. He had already downloaded the songs in the movie and kept listening to them, his parents said.

Harikrishnan wanted to watch the first show of Puneeth’s movie on the first day of release. So, we decided to watch it along with Harikrishnan’s cut-out. This is our only way to pay tribute to him as he was a great fan of Puneeth, Muralidharan said.

The audience in the theatre turned emotional on seeing the family carrying the cut-out of the late son and knowing the story behind it. After coming to know about the incident, actor Puneeth Rajkumar also tweeted condoling the demise of the boy and grieving with the family.