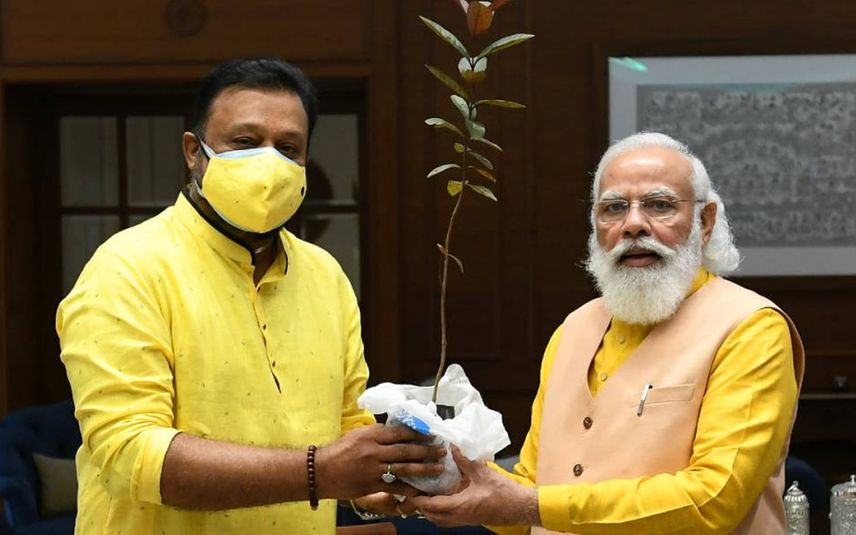 He also wrote down a few lines about the story behind the guava sapling and the PM's response.

PM Modi has wholeheartedly accepted the gift from the girl and promised Suresh Gopi that he will plant it on the compound of his official residence.

"Nurtured by a thoughtful young girl in a courtyard of Pathanapuram, all set to bloom in the residence of the Indian Prime Minister. Handed over the guava sapling presented by Jayalakshmi (on my visit to Gandhi Bhavan) to the Prime Minister Narendra Modi ji yesterday as promised. The PM accepted it wholeheartedly and assured to have it planted in his official residence," wrote Suresh Gopi.

Suresh Gopi added that the incident gives a message on pure democracy.