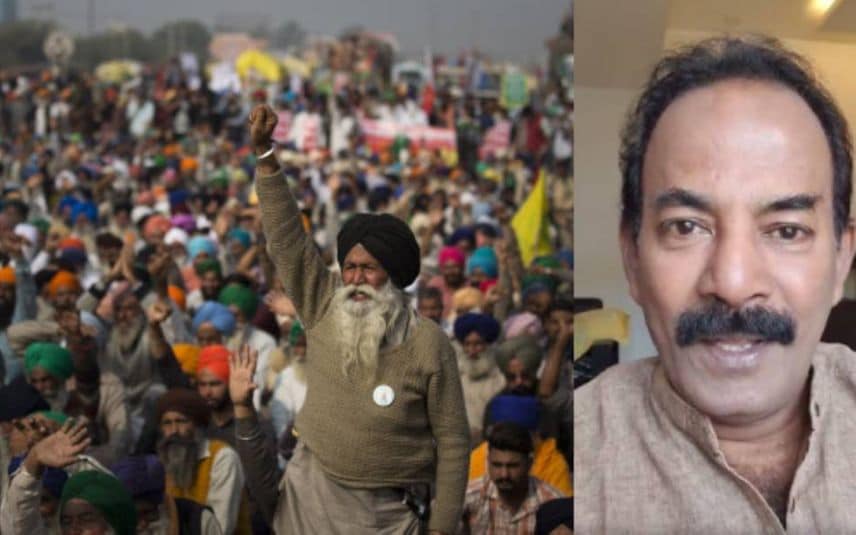 Farmers' protest at a glance and Major Ravi | Photo:AP|facebook.com|blackcatravi

Kochi: Mollywood director Major Ravi raised a sharp criticism against the ongoing farmers' protest in India. He alleged that there is political agenda behind the protest.

“There is a political agenda behind the farmers’ protest. We all know it. I have heard that somebody sought clarification whether farmers will be allowed to question the denial of money from corporate companies. The protest will not end even after the Prime Minister clarifies this matter,” said Major Ravi during a Facebook live.

He also pointed out that the newly enacted farm law did not mention whether the corporates will take responsibility for the payment of the assured amount. He noted that the farmers will not withdraw the protest even after the centre promises them that they will get the assured amount without any failure.