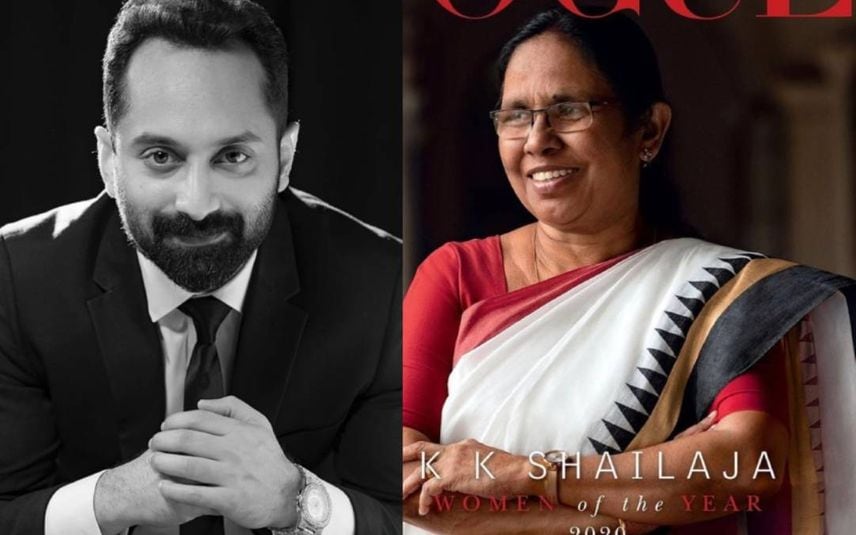 Keralites are having a proud moment after the international magazine Vogue featured minister K K Shailaja on its cover.

Mollywood star Fahadh Faasil expressed his happiness over minister KK Shailaja’s achievement through his Facebook page. Honouring the minister, the actor changed his profile picture of Facebook with the Vogue magazine cover which featured the minister.

Compared to other stars, Fahadh Faasil is not much active in social media. He only uses social media for promotion of his movies. Fahadh neither declares his political views nor comments about his opinion on social media.

Hence, his fans and followers are surprised to see his FB profile pic which featured the minister.

Vogue magazine featured minister KK Shailaja on the special edition dedicated to women of the year.