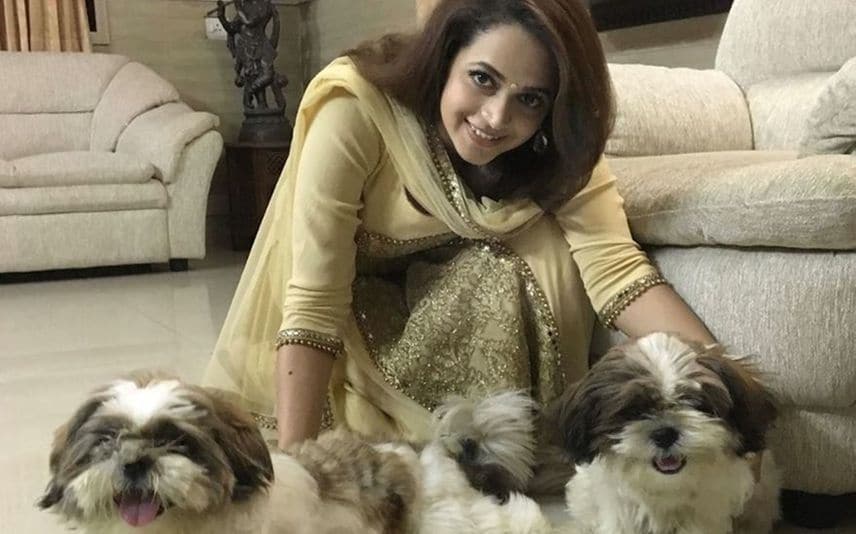 Mollywood star Bhavana treated her fans with an adorable pic featuring her pet dogs. Sharing the pic, she introduced her pets as the best therapist in her life.

“The Best Therapist has Fur and Four legs,” Bhavana captioned the pic.

The pic featured the actress in all smiles along with her two pet dogs named Chocolate and Vanila.

The dogs belonged to the Shih Tzu breed and looked really cute while posing for the pic.

Sharing the pic, Bhavana appealed to her followers to be kind to animals.

On the work front, Bhavana was last seen in the Kananda move ‘99’. Prithviraj starrer ‘Adam Joan’, released in 2019 was her last movie in Malayalam. ‘Inspector Vikram’ and ‘Bhajarangi 2’ are her upcoming Kannada movies.