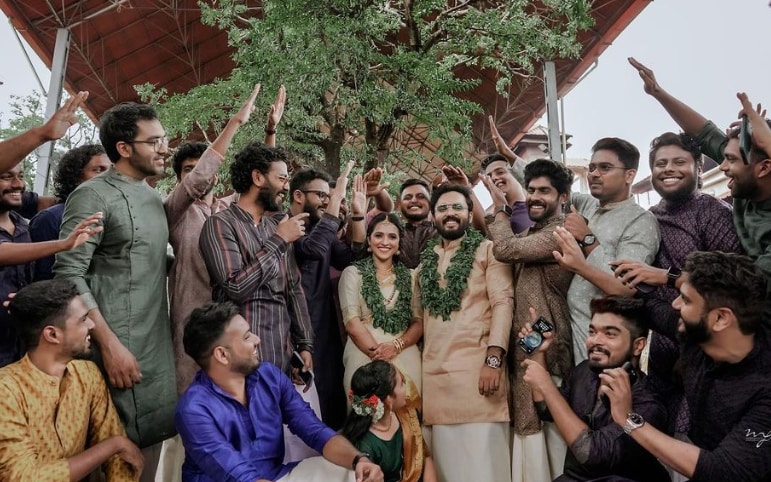 Young actor Arjun Ratan who became popular with the web series aired on the YouTube channel ‘Karikku’ has tied the knot with his long-time girlfriend Sikha Manoj at a ceremony held in Guruvayur temple. Arjun is a native of Vyttila in Ernakulam.

Arjun was in a relationship with Sikha, a native of Kozhikode. According to reports, the couple got engaged in November 2021.

Pics of the wedding have been trending on social media. 'Karikku' team also attended the wedding.

Apart from acting, Arjun has proved his skills as a director with the ‘Karikku’ team. He directed the web series ‘Kalakachi’ which was streamed on Karikku’s official YouTube channel.

He also acted in a few films including ‘Argentina Fans Kattoorkkadavu’ and ‘Trance’.