Kamal Haasan was in control: Production house on 'Indian 2' mishap

Last week's accident on the set of "Indian 2" that killed three crew members caused a stir in the Tamil film industry for lack of safety measures during the shoot. 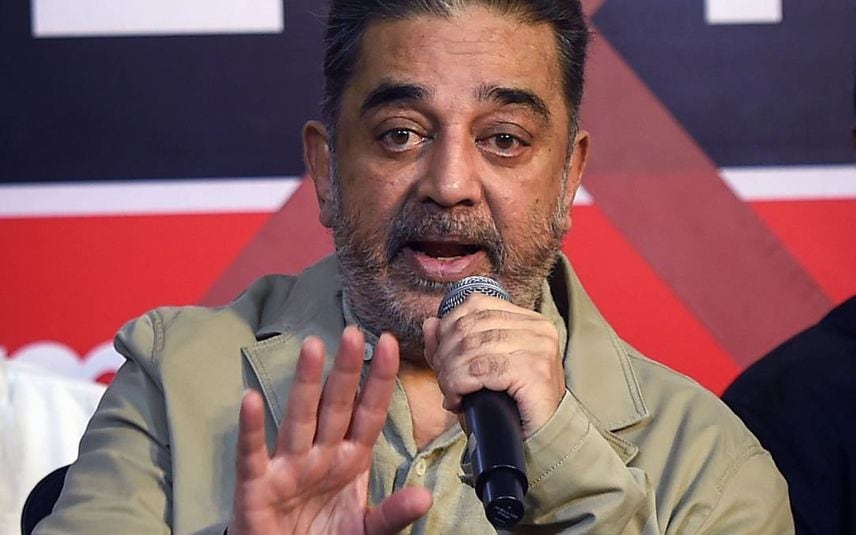 Chennai: Lyca, the production company backing Kamal Haasan's "Indian 2", have said the veteran actor was always in total control, hinting that the veteran actor should accept part of the blame for the recent accident on the set, which claimed three lives.

Last week's accident on the set of "Indian 2" that killed three crew members caused a stir in the Tamil film industry for lack of safety measures during the shoot. Soon after the incident, Kamal Haasan wrote a public statement to Lyca questioning the steps taken to ensure the safety of cast and crew members, and questioned if an insurance was taken. He also stated that the film industry, which he has been a part of for decades, is yet to take safety standards seriously.

In a response to the actor, Lyca has now stated that they did the needful and have an insurance policy in place, adding that Kamal Haasan should accept collective responsibility.

Their statement read: "As you are surely aware, incidents of this nature need to be dealt with in the spirit of collective responsibility and rectification. Given the involvement of an eminent artiste and technician of your calibre and experience, and a veteran director of Mr Shankar's stature being the captain of the ship, we were doubly confident that our own safety measures would have been amplified by your on-the-spot judgement. It hardly needs reminding that the entire shoot was also under the control and supervision of yourself and the director."

Director of Lyca Productions, Neelkant Narayanpur, who addressed the letter also wrote: "We were in constant touch with your office all through and arrived at the mortuary just 15 minutes after you. At that very point, Mr Subaskaran announced financial assistance to the tune of Rs 2 crores to the family members of the deceased, and those who suffered injuries and also undertook to take care of their treatment. All these measures were taken before the receipt of your letter, and it is unfortunate that this did not come to your attention before the 22nd of February."

The production house has put the ball on Kamal Haasan's court now.

"Indian 2" is a sequel to the blockbuster film "Indian" (1996). Along with Kamal Haasan, the sequel also features Kajal Agarwal, Rakul Preet, Priya Bhavani and Siddharth among others.