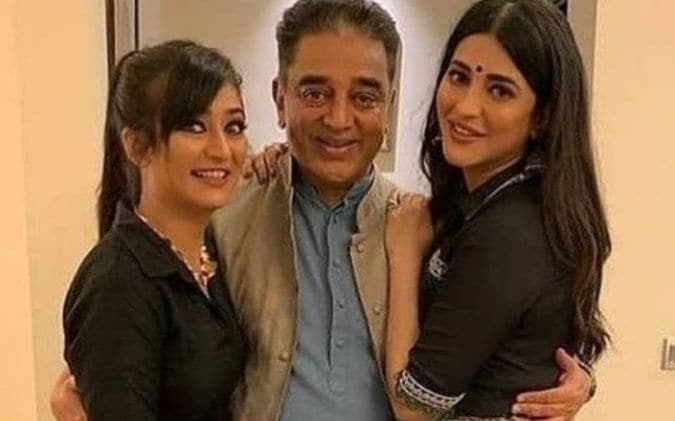 Kollywood star Kamal Haasan and his actress daughters are setting a role model for all to practice self-isolation. It is reported that the trio opted self-isolation at different places.

In an interview, Shruti revealed that they decided to isolate themselves at different places as they travelled to various places for shooting.

To keep their own family safe, the celebrity family took the decision.
At the same time, Sarika, mother to Shruti and Akshara who was an actress, also opted self-isolation.

The celebrity family is engaged in the mission to create awareness on preventive measures against COVID-19. Kamal Haasan is active on social media to promote public awareness on the effective measures to control the spread of the disease.

Kamal Haasan will be next seen in the sequel to his movie Indian which is titled as 'Indian 2'.