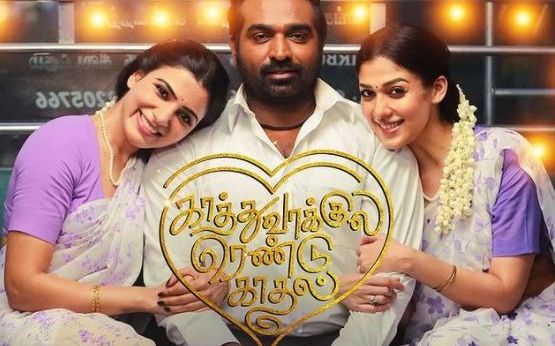 The teaser of director Vignesh Shivan's eagerly awaited romantic entertainer, 'Kaathuvaakula Rendu Kaadhal', featuring actors Vijay Sethupathi, Samantha and Nayanthara in the lead, has garnered a whopping seven million views within a day of being released on YouTube.

The film's teaser, which is outrageously funny, has Vijay Sethupathi delivering romantic statements to both Samantha and Nayanthara at the same time.

Needless to say, director Vignesh Shivan is delighted with the phenomenal response to his film's teaser.

Soon after the film's teaser hit three million views, the director tweeted, "Overwhelming love & appreciation 3 3 3" and posted a picture that had a caption which said, "3 Million in 3 hours; 300K likes."

Meanwhile, actor Vijay Sethupathi, while releasing the film's teaser, announced that the film would hit screens on April 28 this year.

Flower festival in Munnar from May 1

Accused harassing complainant on a public platform is deplorable: WCC

Kochi: Women in Cinema Collective (WCC) said that Vijay Babu's reaction to the sexual harassment allegations is offensive and punishable by law. Vijay ..

Deepika Padukone to be part of Cannes Film Festival jury

Mumbai: Actor Deepika Padukone will be a part of the competition jury at the 2022 Cannes Film Festival, the organisers said.French actor Vincent Lindon ..

Kozhikode: Suresh Kumar, father of Cheruvannur native Jishnu, who was found dead on Wednesday said that there is a mystery looming over his death. He said ..

Kochi: A case has been filed against actor-director Vijay Babu for revealing the victim's name in a sexual assault case.The victim is a film actress who ..