John Abraham on 'Attack': Spent money on VFX, not on myself 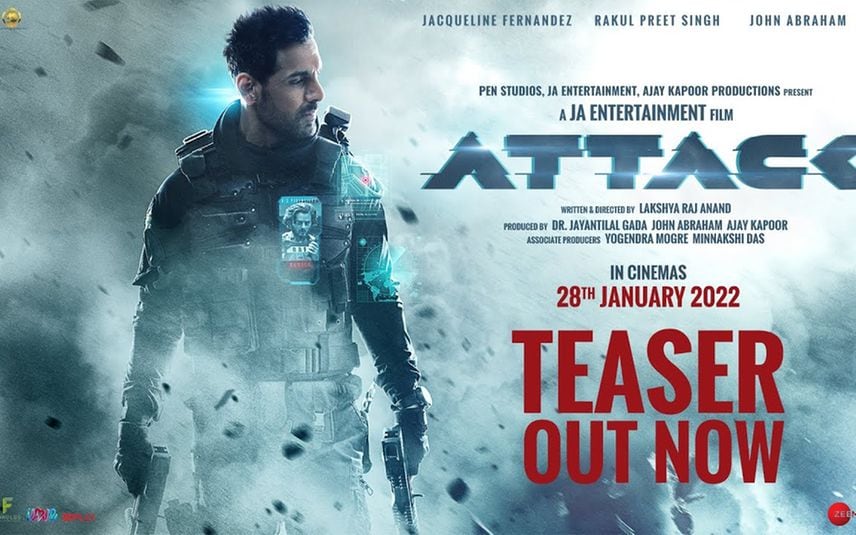 Mumbai: Actor John Abraham says his upcoming action drama "Attack" has been mounted on a big scale with a chunk of its budget specially going towards making it visually slick and rich.

The 49-year-old actor said the team has sincerely attempted to make a top class action film.

"I'm not in the race of charging the most or the least. When it's your baby, you want the best product out," the actor told reporters.

Abraham said the only way to make a "good film" is to ensure that it's given dedicated budget, so that people come to see something that's worth it.

"That's how you build credibility. It's an action film with a difference. Where action, VFX, music, sound design has been done to the highest quality," he added.

Abraham said his "inspiration" for "Attack" was to make a film which will make a mark internationally.

According to the makers, the film is mounted as a franchise, based on a world where "future wars will be fought on technology and artificial intelligence (AI)".

"I have a simple logic. If Hollywood can do it, why can't we? Our obstacles are always that we have less budget. Even we didn't have that humongous a budget, but what we were alloted, we made a fantastic film.

"Our inspiration was that we have to make an Indian film, which the world will watch and think we can make movies like these too. That even we have such action heroes, super soldiers, who don't wear their underwear outside their pants."

Abraham said the film is an attempt to push stories in the sci-fi genre, which the "Pathaan" star feels haven't been explored in the country.

"We are behind (in sci-fi films). We are catching up. This is the first of its kind... I'm trying to encourage this space of science fiction, because the audience of today want to see something new.

"We have tried everything, normal, commercial, masala... It doesn't work all the time. 'Attack' is the first mover in this space. I hope more actors try this space soon," he added.

"Attack" is set to release on April 1. PTI