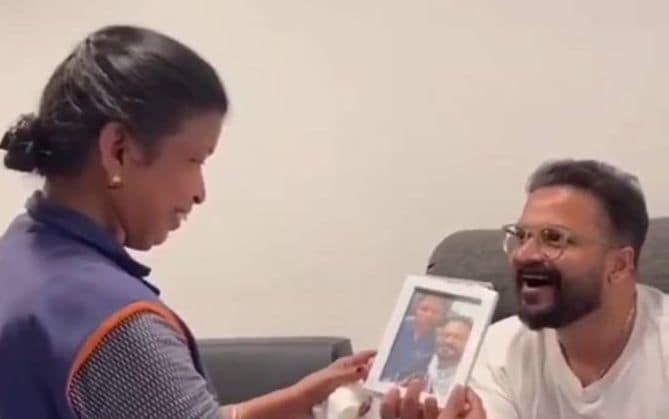 Mollywood actor Jayasurya has been winning hearts after his video with a fan went viral. In the video, the actor was seen giving a cute surprise to his fan who works as cleaning staff at a saloon in Kochi.

Pushpa who is a huge fan of Jayasurya was excited when she came to know that the actor will visit the salon where she is employed. She wanted to meet him once. But Jayasurya clicked a selfie with her on his phone.

As Pushpa doesn’t have a smartphone, she failed to click a selfie with the actor on her phone. Realizing this, Jayasurya took the effort to frame his photo with her before leaving the salon. He had sent his assistant to a studio for framing the photo.

The video shared by Toni & Guy, the saloon based in Kochi on its Instagram page captured the special moments.