Jayaram opens up about his pot belly in 'Ponniyin Selvan', says he had a separate food menu 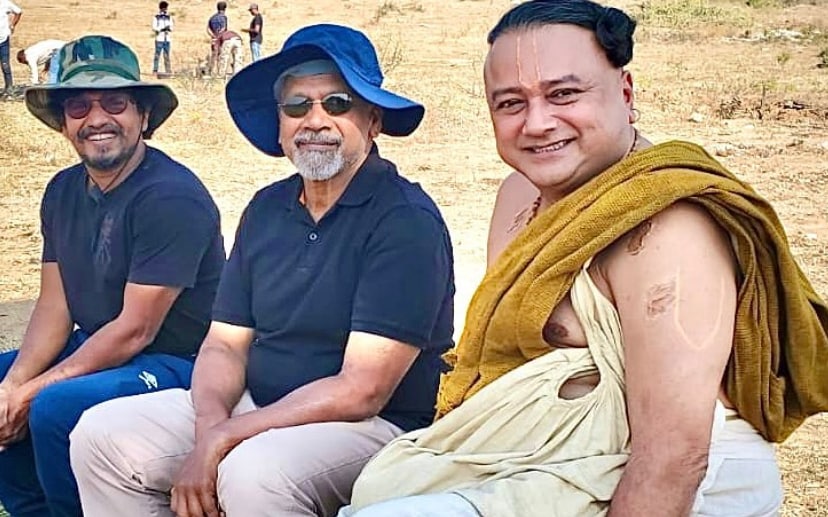 South star Jayaram, who plays the character of Alwarkadiyan Nambi in the director Mani Ratnam's much-awaited magnum opus, 'Ponniyin Selvan', on Sunday said that Mani Ratnam had ordered a separate menu for him, which was very different from what the other cast members ate, because he had to bulk up for his role.

Speaking at the launch of the first single from the film, Jayaram said, "When we go to watch a film, we get to know the story only after going and watching the film in a theatre. But 'Ponniyin Selvan' is a story that is etched in the heart of every Tamilian. I therefore think the expectations people have from this film would not have been there to such an extent for any other film released so far in the country."

Stating that when they were shooting in Thailand for the film, Jayaram said the unit would start work at 3 in the morning.

"I would start to shoot at 3.30 in the morning. When I would return at 6, I would see Arun Mozhi Varman (Jayam Ravi) and Vanthiya Thevan (Karthi) working out. They would have worked for 18 hours and still I would hear them working out until 10 in the night. Both of them worked really hard for this film," Jayaram said.

"And for me alone there would be a separate menu. That is because my character has a pot belly in the film," he added with a laugh and promised: "Alwarkadiyan Nambi will also find a place in your heart."

A loyal retainer of the Cholas, Alwarkadiyan Nambi was a spy who worked for the Prime Minister and Queen Mother, Chembiyan Mahadevi. He was also a close friend of Vandiyathevan, one of the army commanders of the Cholas, whom he saves from many dangers.

Vicky Kaushal shares glimpse from dubbing session of his next untitled ...

I learnt about survival from my mom, says Jahnvi Kapoor