I learnt about survival from my mom, says Jahnvi Kapoor 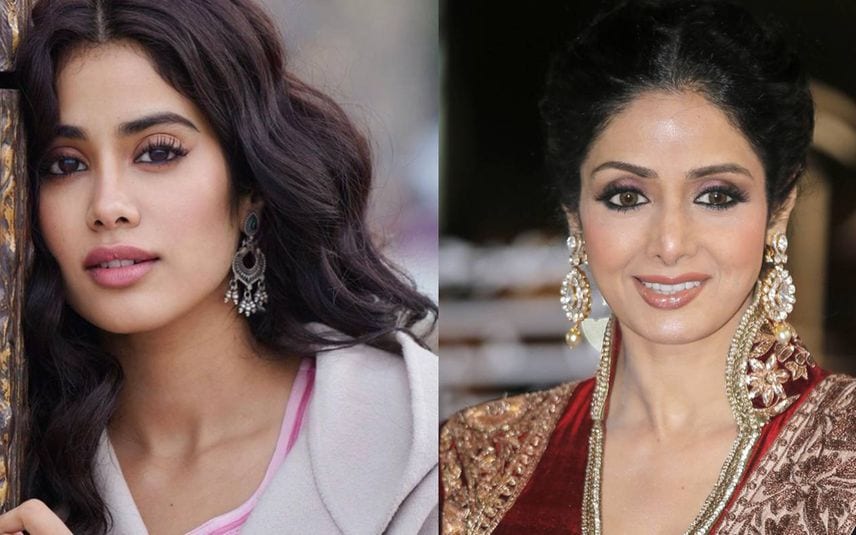 Actor Jahnvi Kapoor says playing a character who is trapped in a freezer for hours for almost a month in her upcoming film "Mili" took a toll not only on her body but also her mind. 'Mili' is the remake of Malayalam movie 'Helen' starring Anna Ben.

Based on true events, the survival drama follows Mili Naudiyal, played by Jahnvi, a nursing graduate who races against time to stay alive after she is stuck in a freezer.

The process of shooting the Mathukutty Xavier directorial was so gruelling that she would have nightmares of being shut in a cold, dark space.

"I remember it (film) taking a genuine toll on my mental health because I would come back home after wrapping up shoot and I would go to sleep and dream that I was still in the freezer. I fell ill and I was on severe painkillers for two-three days and even the director was unwell.

"If you spend 15 hours of your day in a freezer in a closed environment crying for the majority of the day, sometimes with a rat that keeps nibbling your fingers, it is not glamorous for sure," Janhvi told PTI in an interview here.

She shot for "Mili", the Hindi remake of Xavier's 2019 Malayalam hit "Helen", inside a freezer that was built by the film's team for 20 days in minus 15 degree temperature.

Besides, the "Good Luck Jerry" actor said she was required to gain 7.5 kg for the role as the director wanted her character to appear more relatable to the audience.

"Sometimes pushing yourself that much emotionally in front of a camera for a film liberates you as an actor and it did that for me.

"You feel so naked, bare and exposed in such extreme conditions, you are being so vulnerable in front of the camera. One of the things that I needed to do as an artist is to open up completely and this character allowed me to do that," Janhvi added.

Speaking of survival in the film industry, the 25-year-old actor, who is the daughter of cinema icon Sridevi and film producer Boney Kapoor, said her late mother taught her to work endlessly in order to last longer.

"What I learnt about survival from my mom, from this film and my limited experience in this field, is that it is all about your work, work ethics and the intention with which you work. If you set your mind to something and work tirelessly towards it, it has to happen for you," she said.

Janhvi, who received acclaim for the 2020 film "Gunjan Saxena: The Kargil Girl", said as a star child she continues to battle the common perception that she is "entitled and untalented".

"I am fighting the perception a little bit that some people might still have of me being a privileged, entitled and untalented girl. It has taken me a while to be able to say this out loud.

"But it is important, I have been too apologetic for too long. I am a hard-working girl who has something to offer. I am fighting to prove that to myself and other people," she added.

"Mili" marks the actor's third release as a solo lead after "Gunjan Saxena: The Kargil Girl" and this year's "Good Luck Jerry" – both released on OTT.

The actor said she is "nervous" about "Mili" as it is slated to be released in theatres this Friday.

"I believed in all of these films. I knew we had a good film and good performances in hand. But with 'Gunjan...' and 'Good Luck Jerry', there was no pressure or fear of the value of the film being tainted by a (box office) number. Here, I have so much confidence that it ('Mili') is a good film but I am scared about the conversation, which will be about numbers."

I was made to feel I'm getting opportunities because of my parents:Janhvi Kapoor

When Janhvi 'pretended to live in the 1950s', see pics