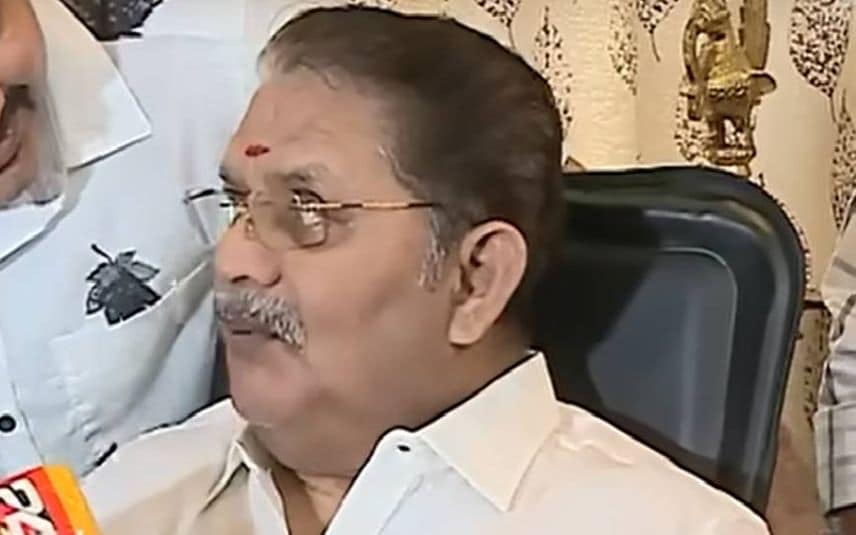 Thiruvananthapuram: Vikram appeared only for a few minutes on the silver screen. However, a twist was saved in the movie ‘CBI 5: The Brain’ only for him. When director K Madhu arrived to visit Jagathy Sreekumar to offer a humble gift, the senior actor welcomed him in the same appearance of Vikram. The director had reached Jagathy’s residence in Peyad to celebrate the success of ‘CBI 5: The Brain’.

Jagathy Sreekumar and K Madhu cut a cake and greeted everyone who joined the celebrations. When Jagathy was asked to go to theatre to watch the movie, he slowly said, ‘Yes, will go’.

When the crew of CBI sequel thought about the fifth edition of the movie, they desired that the character played by Jagathy Sreekumar should also be in it, said Madhu. He added that Mammootty was the one who showed much interest to invite Jagathy to the film.

The 5-day long shooting of Jagathy Sreekumar was held in Kochi. He had met with an accident at Thenhipalam in March 2012. His comeback to the movies was after 11 years of the accident.