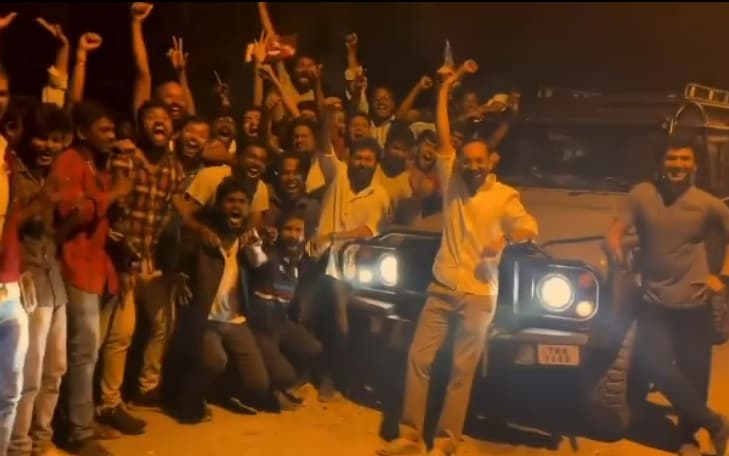 Screengrab from the video shared by Vijay Sethupathi

Chennai: The team of 'Vikram' has finished shooting for the film.

"After 110 days of shoot it's a WRAP.Thanx to the entire cast and crew for the EXTRAORDINARY effort," he tweeted

The director has also shared a video from the last day of the shoot, in which Fahadh Faasil can be seen firing a gun at the cue of Lokesh.