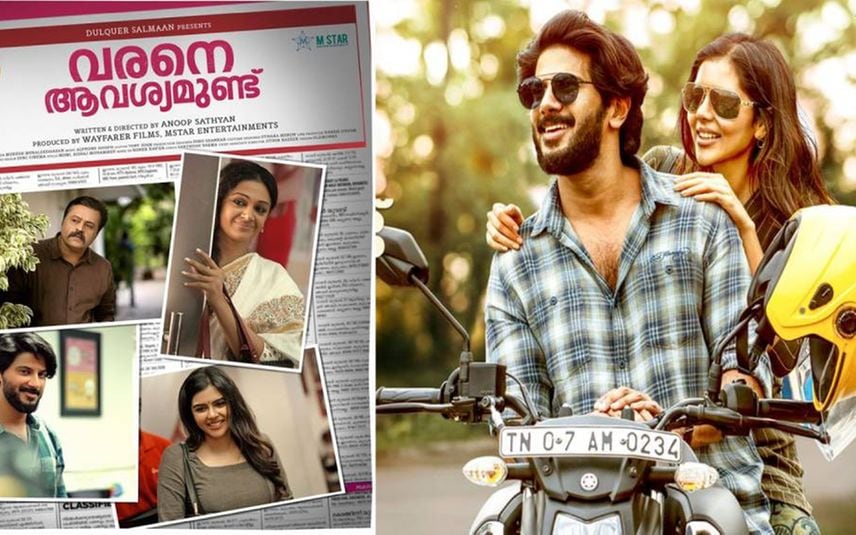 Mollywood star Dulquer Salmaan is much excited about the release of his upcoming movie ‘Varane Avashyamund’ directed by Anoop Sathyan. Sharing a poster of the movie, the Charlie actor expressed his happiness to share screen space with senior actors Suresh Gopi and Shobana in the movie.

“Setting off on a super fun ride with Anoop Sathyan, Suresh Gopi sir, Shobana Maam and Kalyani Priyadarshan. ‘Varane Aavashyamund’ is a sweet and heartwarming film that will put a smile on your face,” Dulquer wrote on his social media page while sharing a poster of the movie.

The poster featured Dulquer and Kalyani taking a bike ride.

Sathyan Anthikkad’s son Anoop Sathyan is making his directorial debut with this movie. This is Dulquer’s third movie as a producer. The actor’s production company Wayfarer films in association with M Star Entertainments is producing the movie.

Suresh Gopi and Shobana who entertained the audience with their on-screen chemistry in a number of movies like ‘Manichithrathazhu’ and ‘Sindhoorarekha’ are the major highlight of the movie. The duo is making their comeback as pairs after 13 years.

According to reports the movie will narrate the story of a family based in Chennai. Anoop Sathyan penned the script.