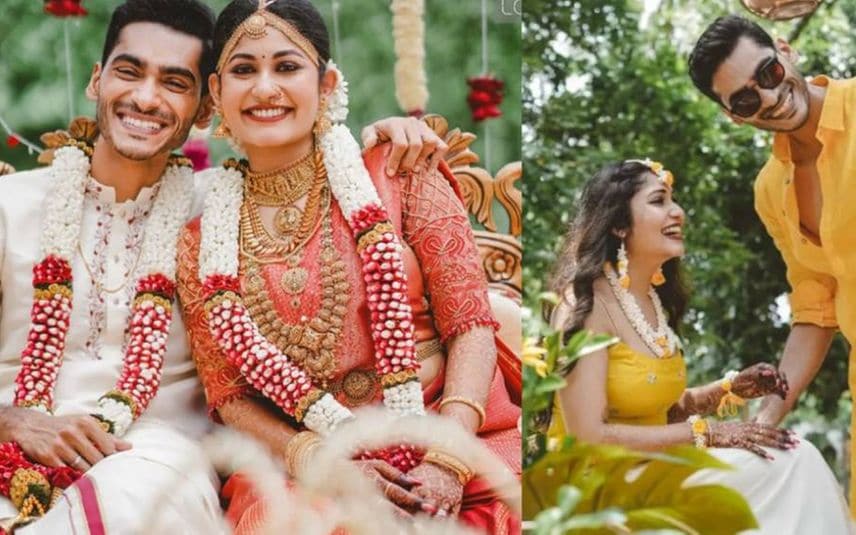 Mollywood actor Vishakh Nair entered wedlock with his girlfriend Jayapriya Nair in a grand wedding ceremony at a resort in Bengaluru.

The pics of the newlywed couple have been trending on social media.

Vishakh shared the photos of the pre-wedding festivities and the wedding on his Instagram page. The pics revealed that the couple had a grand Haldi ceremony.

Vishakh announced his relationship with Jayapriya in October 2021. The lovebirds got engaged in November.

Vishakh is popular as ‘Kuppi’, which is the name of the character in his debut movie ‘Aanadam’. He was last seen in a cameo role in Vineeth Sreenivasan’s ‘Hridayam’.
Interestingly, he worked as casting director for ‘Hridayam’.

Richa, Ali to have an environmentally conscious and sustainable wedding

‘Selvi’ and ‘Joe’ of movie ‘Hridayam’ to enter wedlock