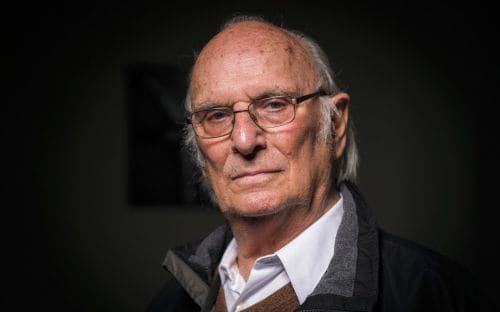 New Delhi: Three films of Dadasaheb Phalke awardee Asha Parekh will be screened as a retrospective at the upcoming edition of the International Film Festival of India (IFFI), which will also felicitate Spanish filmmaker Carlos Saura with the lifetime achievement honour.

The 53rd edition of the film gala will take place from November 20 to 28 at Panaji in Goa.

"Teesri Manzil", "Do Badan" and "Kati Patang" are the three "favourite" of her movies that Parekh herself suggested, said National Film Development Corporation of India managing director Ravinder Bhakar said on Monday. He is also the director of the National Film Archive of India (NFAI).

Multiple award-winning Spanish director Suara will be honoured with the Satyajit Ray Lifetime Achievement Award at the IFFI. Eight of his films, including "La Caza del Conejo" and "Ana Y Los Lobos", will be screened as part of a retrospective.

To mark 50 years of Manipur in cinema, five Manipuri films, including "Ishanou" (The Chosen One) and "Ratan Thiyam- the Man of the Theatre", a documentary on the life of the theatre maestro from the northeastern state will be showcased.

Prithvi Konanur's Kannada film "Hadinelentu" will open the feature section of the Indian Panorama, the flagship component of the IFFI. "The Show Must Go On" by Divya Cowasji will kickstart the non-feature film section.

Taking a leaf out of Marche du Cannes (Cannes Film Market), where India was the country of honour this year, the IFFI will house pavilions of more than 13 Indian states, including those of Bihar, Punjab, Gujarat, Tamil Nadu and Maharashtra, and participating countries such as Russia and France.

The new book adaptation programme -- 'Books to Box Office' inspired by the Venice Film Festival -- has been introduced as an initiative to bridge the gap between good stories printed in books and good films that can be made by adapting them.

There will be several gala premiers of Hindi films with their actors present to support and promote cinema.

"'The Storyteller' will be shown. Other important and popular films like 'Drishyam 2', 'Goldfish', 'Bhediya' will be premiered. 'Tera Kya Hoga Lovely' will be shown. Netflix will be coming with the makers of the series 'Fauda' and they will be discussing the creative challenges they face while shooting," Bhakar told reporters here.

In an effort towards inclusivity, screenings of films such as Oscar winning movie "Gandhi" will be showcased in the 'Divyangjan' (visually impaired) section with embedded audio descriptions and subtitles.

According to Information and Broadcasting Secretary Apurva Chandra, the 53rd edition of the IFFI is important as it is the first chapter to be organised in-person "after the shadow of the COVID-19 pandemic".

"Many people from other countries could not participate in the last two IFFIs. Flights weren't available. This time it will be held in a physical format but keeping in mind the interests of those who still have problems, selected film screenings, masterclasses, and talks will be made available virtually," Chandra said.

"The Film Bazaar would be substantially changed as for the first time pavilion from several countries, states, and film organisations would be set up on a very beautiful promenade along the sea in Panaji," Chandra said.

Austria's "Alma and Oskar" will open the annual festival while Polish movie "The Perfect Number" will close the IFFI. Mercedes Bryce Morgan's "Fixation" was announced as the mid-fest film.

Films from the NFAI will be showcased by the NFDC in the 'Indian Restored Classics' section.

The edition will see the return of masterclass and in-conversation sessions with eminent filmmakers and actors.

There will be a masterclass in screenwriting by V Vijayendra Prasad, on editing by A Sreekar Prasad, and Anupam Kher will take a class in acting. The in-conversation sessions will be helmed by Parekh, Prasoon Joshi, Aanand L Rai, R Balki and Nawazuddin Siddiqui, among others.

As France is the spotlight country this year at the IFFI, 15 French films, including "Les Enfants des Autres" by Rebecca Zlotowski, "Ouistreham" by Emmanuel Carrère, "Belle et Sébastien: Nouvelle génération" by Pierre Coré, "La Traversée" by Florence Miailhe, and "16 ans" will be presented as part of the slate.

In the international section, 183 films were short-listed by a five-member jury, headed by Israeli director Nadav Lapid.

"Here, there is a tribute section where films of eminent filmmakers will be screened. It will have a collection of films to mark the centennial celebration of Pier Paolo Pasolini, a director, writer, and journalist from Italy. The French Institute will present a tribute to Mr Jean-Luc Godard," said Minister of State for Information and Broadcasting Dr L Murugan.

There will be films presented in collaboration with UNICEF, the IFFI's cause partner, and they will reflect on the dynamic forces which shape childhood and its socio-economic contexts.